Crescent and star facts for kids 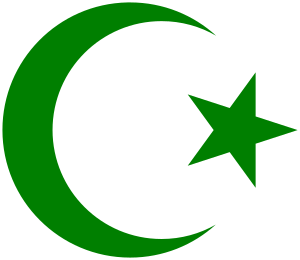 A typical presentation of the star and crescent 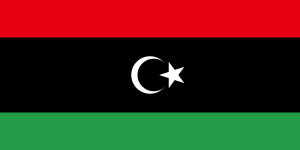 The flag of Libya featuring a white crescent and star

The Islamic Crescent is a symbol consisting of a crescent with a star at the concave side. In its modern form, the star is usually shown with five points (though in earlier centuries a higher number of points was often used). The two signs together, or the crescent only, was long a symbol of Byzantium. Now it is often a symbol of Islam. It is seen on a number of different country flags such as Turkey and Pakistan respectively.

All content from Kiddle encyclopedia articles (including the article images and facts) can be freely used under Attribution-ShareAlike license, unless stated otherwise. Cite this article:
Crescent and star Facts for Kids. Kiddle Encyclopedia.