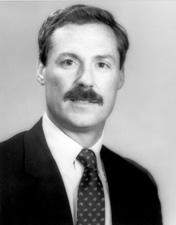 David Kemp Karnes (December 12, 1948 – October 25, 2020) was an American Republican politician, businessman, and attorney. He was a United States Senator from Nebraska from 1987 to 1989. He was president and chief executive officer of The Fairmont Group Incorporated. Karnes was born in Omaha, Nebraska.

All content from Kiddle encyclopedia articles (including the article images and facts) can be freely used under Attribution-ShareAlike license, unless stated otherwise. Cite this article:
David Karnes Facts for Kids. Kiddle Encyclopedia.