Dawn Elberta Wells (October 18, 1938 – December 30, 2020) was an American actress who became known for her role as Mary Ann Summers on the CBS sitcom Gilligan's Island.

Wells was born in Reno, Nevada, where she attended Reno High School. Her father owned a local Reno shipping company called "Wells Cargo". After high school graduation, Wells attended Stephens College in Columbia, Missouri, where she majored in chemistry. She transferred to the University of Washington in Seattle, where she graduated in 1960 with a degree in theater arts and design. She was a member of the Alpha Chi Omega sorority.

In 1959, Wells was crowned Miss Nevada and represented her state in the Miss America 1960 pageant in Atlantic City, New Jersey.

She also appeared as a guest star on many other TV series and appeared in a few movies. 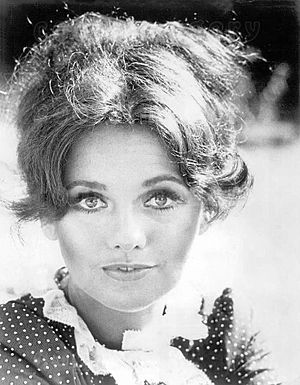 Following Gilligan's Island, Wells embarked on a theater career, appearing in nearly one hundred theatrical productions as of July 2009. She spent the majority of the 1970s, and 1980s, touring in musical theater productions. She also had a one-woman show at the MGM Grand Hotel and Casino in Las Vegas in 1985.

In 2005, Wells consigned her original gingham blouse and shorts ensemble for sale from her signature role. Beverly Hills auction house Profiles in History sold it for $20,700.

In 2014, Wells released What Would Mary Ann Do? A Guide to Life, which she co-wrote with Steve Stinson. The book was released to coincide with the 50th anniversary of Gilligan's Island.

In May 2016, Wells was named Marketing Ambassador to MeTV Network. In January 2019, she promoted the Gilligan's Island television series on the MeTV television network.

Her last role was as as Gumbalina Toothington in 2019 in "The Epic Tales of Captain Underpants" - "The Ghastly Danger of the Ghost Dentist". 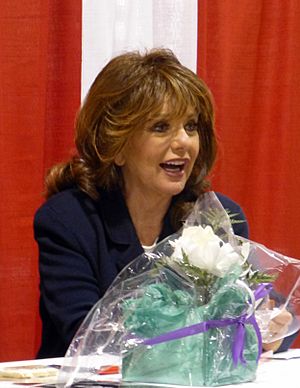 For several years, Wells operated a business, Wishing Wells Collections, making clothing for people with limited mobility. She was the founder of the Idaho Film and Television Institute, a not-for-profit (501c3) educational organization with "a vision of education, technical training and economic development in Southeastern Idaho." She organized SpudFest, a regional annual family movie festival, and was a spokeswoman for Idaho Potatoes.

Wells married Larry Rosen, a talent agent, in 1962. The couple had no children and were divorced in 1967.

In 2018, a GoFundMe page was set up to help Wells cope with financial trouble.

Her death leaves Tina Louise as the only survivor of the original Gilligan's Island regular cast.

All content from Kiddle encyclopedia articles (including the article images and facts) can be freely used under Attribution-ShareAlike license, unless stated otherwise. Cite this article:
Dawn Wells Facts for Kids. Kiddle Encyclopedia.