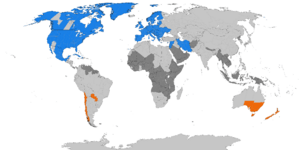 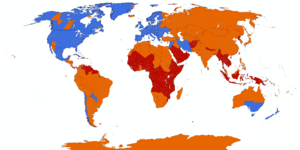 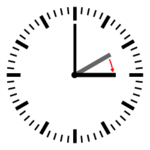 Clocks are advanced by one hour during the very early morning at the beginning of DST. 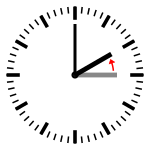 When DST ends, clocks are set back (as if to repeat one hour) during the very early morning. Specific times vary.

During the summer months, the sun stays is visible for a longer time, and sunset happens late in the day. For this reason, certain countries advance the time by one hour near the start of summer, and put it back one hour during autumn. The time during summer is called Daylight saving time (DST). In Europe it is called summer time. The time during the winter months is called "standard time".

DST helps stores that sell to people after they get off work, but it hurts farmers and others whose hours are set by the sun. It cuts traffic accident rates. Sometimes it can reduce energy costs, but it can also increase them.

Most of the world's countries do not use DST, but it is common in Europe and North America.

The United States, Australia, the United Kingdom, Canada and many other countries have DST. These countries also have regions that do not have DST:

Iceland, Russia, some parts of Ukraine and Belarus are countries in Europe without DST.

Since 1996 all clocks in the European Union, of which the UK is a member state, have changed on same dates and at the same time, 01:00 GMT.

Permanent Summer Time has support in some northerly countries such as the UK. It was tried in the British Standard Time experiment, with Britain remaining on GMT+1 throughout the year. This took place between 27 October 1968 and 31 October 1971.

There are proposals for GST+1 in the winter, and double summer time (GST+2) in the winter. In favour are most city dwellers: children do not have to come home after school in the dark, and late afternoon and early evening activities benefit. In favour also were those concerned with accidents, because both accidents and fuel consumption go down.

Against are many farmers in northerly latitudes, because sunrise would occur in winter at about 10.00 in the morning. However, in March 2010 the National Farmers Union said that it was not against Single/Double Summer Time, and is in fact relatively neutral, with many farmers expressing a preference for the change.

All content from Kiddle encyclopedia articles (including the article images and facts) can be freely used under Attribution-ShareAlike license, unless stated otherwise. Cite this article:
Daylight saving time Facts for Kids. Kiddle Encyclopedia.