Kids Encyclopedia Facts
Not to be confused with homeschooling. 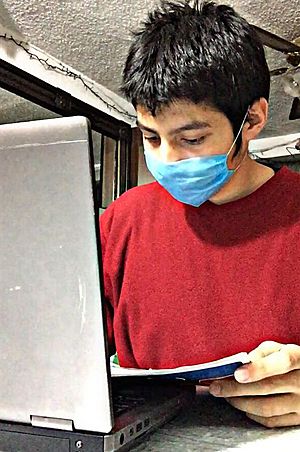 Distance education (or distance learning) is a form of education where the teacher and the student(s) are not at the same physical location.

It follows that the teaching must be done via some kind of medium or a collection of media. Print, movie, television, radio, video chat and computer web sources have been used.

In 1840 Isaac Pitman began teaching his shorthand by sending and receiving postcards. His success led to the establishment of correspondence schools.

The University of London was the first university to offer distance learning degrees, establishing its External Programme in 1858. The background to this innovation lay in the fact that the institution (later known as University College London) was non-denominational, and given the intense religious rivalries at the time, there was an outcry against the "godless" university. The issue soon boiled down to which institutions had degree-granting powers and which institutions did not.

The London University in 1827, drawn by Thomas Hosmer Shepherd

The compromise solution that emerged in 1836 was that the sole authority to conduct the examinations leading to degrees would be given to a new officially recognized entity called the "University of London", which would act as examining body for the University of London colleges, originally University College London and King's College London, and award their students University of London degrees. As Sheldon Rothblatt states: "Thus arose in nearly archetypal form the famous English distinction between teaching and examining, here embodied in separate institutions."

With the state giving examining powers to a separate entity, the groundwork was laid for the creation of a program within the new university which would both administer examinations and award qualifications to students taking instruction at another institution or pursuing a course of self-directed study.

Referred to as "People's University" by Charles Dickens because it provided access to higher education to students from less affluent backgrounds, the External Programme was chartered by Queen Victoria in 1858, making the University of London the first university to offer distance learning degrees to students. Enrollment increased steadily during the late 19th century, and its example was widely copied elsewhere. This program is now known as the University of London International Programme and includes Postgraduate, Undergraduate and Diploma degrees created by colleges such as the London School of Economics, Royal Holloway and Goldsmiths.

William Rainey Harper encouraged the development of external university courses at the new University of Chicago in the 1890s.

In the United States, William Rainey Harper, founder and first president of the University of Chicago, celebrated the concept of extended education, where a research university had satellite colleges elsewhere in the region.

In 1892, Harper encouraged correspondence courses to further promote education, an idea that was put into practice by Chicago, Wisconsin, Columbia, and several dozen other universities by the 1920s. Enrollment in the largest private for-profit school based in Scranton, Pennsylvania, the International Correspondence Schools grew explosively in the 1890s. Founded in 1888 to provide training for immigrant coal miners aiming to become state mine inspectors or foremen, it enrolled 2500 new students in 1894 and matriculated 72,000 new students in 1895. By 1906 total enrollments reached 900,000. The growth was due to sending out complete textbooks instead of single lessons, and the use of 1200 aggressive in-person salesmen. There was a stark contrast in pedagogy:

The regular technical school or college aims to educate a man broadly; our aim, on the contrary, is to educate him only along some particular line. The college demands that a student shall have certain educational qualifications to enter it and that all students study for approximately the same length of time; when they have finished their courses they are supposed to be qualified to enter any one of a number of branches in some particular profession. We, on the contrary, are aiming to make our courses fit the particular needs of the student who takes them.

Education was a high priority in the Progressive Era, as American high schools and colleges expanded greatly. For men who were older or were too busy with family responsibilities, night schools were opened, such as the YMCA school in Boston that became Northeastern University. Outside the big cities, private correspondence schools offered a flexible, narrowly focused solution. Large corporations systematized their training programs for new employees. The National Association of Corporation Schools grew from 37 in 1913 to 146 in 1920. Starting in the 1880s, private schools opened across the country which offered specialized technical training to anyone who enrolled, not just the employees of one company. Starting in Milwaukee in 1907, public schools began opening free vocational programs.

Only a third of the American population lived in cities of 100,000 or more population in 1920; to reach the rest, correspondence techniques had to be adopted. Australia, with its vast distances, was especially active; the University of Queensland established its Department of Correspondence Studies in 1911. In South Africa, the University of South Africa, formerly an examining and certification body, started to present distance education tuition in 1946. The International Conference for Correspondence Education held its first meeting in 1938. The goal was to provide individualised education for students, at low cost, by using a pedagogy of testing, recording, classification, and differentiation. The organization has since been renamed as the International Council for Open and Distance Education (ICDE), with headquarters in Oslo, Norway.

The Open University in the United Kingdom was founded by the-then Labour government led by Prime Minister, Harold Wilson, based on the vision of Michael Young. Planning commenced in 1965 under the Minister of State for Education, Jennie Lee, who established a model for the Open University (OU) as one of widening access to the highest standards of scholarship in higher education and set up a planning committee consisting of university vice-chancellors, educationalists, and television broadcasters, chaired by Sir Peter Venables. The British Broadcasting Corporation (BBC) Assistant Director of Engineering at the time, James Redmond, had obtained most of his qualifications at night school, and his natural enthusiasm for the project did much to overcome the technical difficulties of using television to broadcast teaching programs . 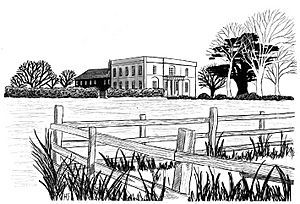 Walton Hall, renovated in 1970 to act as the headquarters of the newly established Open University. (Artist: Hilary French)

The Open University revolutionized the scope of the correspondence program and helped to create a respectable learning alternative to the traditional form of education. It has been at the forefront of developing new technologies to improve the distance learning service as well as undertaking research in other disciplines. Walter Perry was appointed the OU's first vice-chancellor in January 1969, and its foundation secretary was Anastasios Christodoulou. The election of the new Conservative government under the leadership of Edward Heath, in 1970; led to budget cuts under Chancellor of the Exchequer Iain Macleod (who had earlier called the idea of an Open University "blithering nonsense"). However, the OU accepted its first 25,000 students in 1971, adopting a radical open admissions policy. At the time, the total student population of conventional universities in the United Kingdom was around 130,000.

Athabasca University, Canada's Open University, was created in 1970 and followed a similar, though independently developed, pattern. The Open University inspired the creation of Spain's National University of Distance Education (1972) and Germany's FernUniversität in Hagen (1974). There are now many similar institutions around the world, often with the name "Open University" (in English or in the local language).

Most open universities use distance education technologies as delivery methods, though some require attendance at local study centres or at regional "summer schools". Some open universities have grown to become mega-universities, a term coined to denote institutions with more than 100,000 students.

Distance lessons over video conferences in the world during the COVID-19 pandemic. 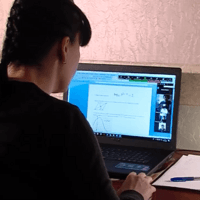 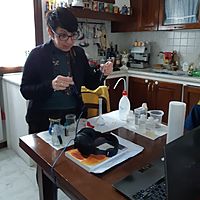 The COVID-19 pandemic resulted in the closure of the vast majority of schools worldwide. Many schools moved to online remote learning through platforms including Zoom, Cisco Webex, Google Classroom, Google Meet, Microsoft Teams, D2L, and Edgenuity. Concerns arose over the impact of this transition on students without access to an internet-enabled device or a stable internet connection. Distanced education during the COVID-19 pandemic has interrupted synchronous learning for many students and teachers; where educators were no longer able to teach in real time and could only switch to asynchronous instruction, this significantly and negatively affected their coping with the transition, and posed various legal issues, especially in terms of copyright. A recent study about the benefits and drawbacks of online learning found that students have had a harder time producing their own work. The study suggests teachers should cut back on the amount of information taught and incorporate more activities during the lesson, in order for students to create their own work.

The widespread use of computers and the internet have made distance learning easier and faster, and today virtual schools and virtual universities deliver full curricula online. The capacity of Internet to support voice, video, text and immersion teaching methods made earlier distinct forms of telephone, videoconferencing, radio, television, and text based education somewhat redundant. However, many of the techniques developed and lessons learned with earlier media are used in Internet delivery.

The first completely online course for credit was offered by the University of Toronto in 1984 through the Graduate School of Education (then called OISE: the Ontario Institute for Studies in Education). The topic was "Women and Computers in Education", dealing with gender issues and educational computing. The first new and fully online university was founded in 1994 as the Open University of Catalonia, headquartered in Barcelona, Spain. In 1999 Jones International University was launched as the first fully online university accredited by a regional accrediting association in the US.

Between 2000 and 2008, enrollment in distance education courses increased rapidly in almost every country in both developed and developing countries. Many private, public, non-profit and for-profit institutions worldwide now offer distance education courses from the most basic instruction through to the highest levels of degree and doctoral programs. New York University, International University Canada, for example, offers online degrees in engineering and management-related fields through NYU Tandon Online. Levels of accreditation vary: widely respected universities such as Stanford University and Harvard now deliver online courses—but other online schools receive little outside oversight, and some are actually fraudulent, i.e., diploma mills. In the US, the Distance Education Accrediting Commission (DEAC) specializes in the accreditation of distance education institutions.

In the United States in 2011, it was found that a third of all the students enrolled in postsecondary education had taken an accredited online course in a postsecondary institution. Growth continued. In 2013 the majority of public and private colleges offered full academic programs online. Programs included training in the mental health, occupational therapy, family therapy, art therapy, physical therapy, and rehabilitation counseling fields.

By 2008, online learning programs were available in the United States in 44 states at the K-12 level.

Internet forums, online discussion group and online learning community can contribute to a distance education experience. Research shows that socialization plays an important role in some forms of distance education.

All content from Kiddle encyclopedia articles (including the article images and facts) can be freely used under Attribution-ShareAlike license, unless stated otherwise. Cite this article:
Distance education Facts for Kids. Kiddle Encyclopedia.