Division of Aston facts for kids 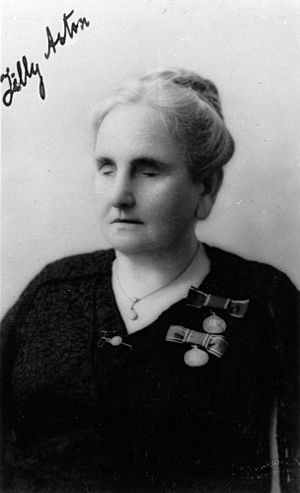 The Division of Aston is an Australian Electoral Division in Victoria. It was created in 1984 and is named for Tilly Aston. Aston was a blind writer and teacher who helped setup the Library of the Victorian Association of Braille Writers in 1894. Aston is in the eastern suburbs of Melbourne, including Rowville, Scoresby, Knoxfield, Vermont and Wantirna.

In 2013, Alan Tudge was made the Parliamentary Secretary to the Prime Minister, Tony Abbott.

All content from Kiddle encyclopedia articles (including the article images and facts) can be freely used under Attribution-ShareAlike license, unless stated otherwise. Cite this article:
Division of Aston Facts for Kids. Kiddle Encyclopedia.