Division of Bradfield facts for kids 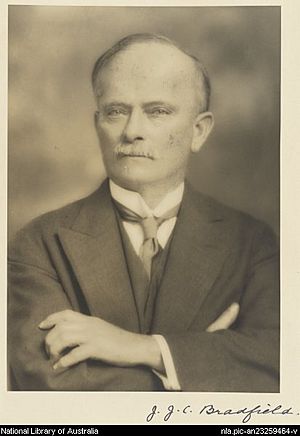 The Division of Bradfield is an Australian Electoral Division in New South Wales. It was created in 1949 and is named for Dr John Bradfield, the designer of the Sydney Harbour Bridge.

Bradfield is the richest electorate in Australia.

Billy Hughes was a former Prime Minister of Australia and the last serving member of the first federal Parliament. Brendan Nelson was a minister in the third and fourth Howard Governments and the Leader of the Opposition from 2007 to 2008.

All content from Kiddle encyclopedia articles (including the article images and facts) can be freely used under Attribution-ShareAlike license, unless stated otherwise. Cite this article:
Division of Bradfield Facts for Kids. Kiddle Encyclopedia.