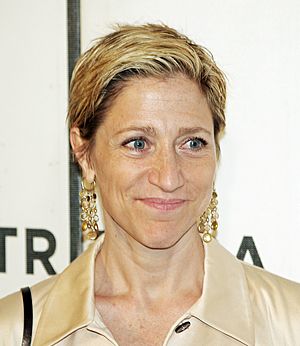 Edie Falco (born July 5, 1963 in Brooklyn, New York City) is an American movie, television and stage actress. She plays Carmela in HBO's The Sopranos. She starred in Nurse Jackie as the title character. She also acted in many movies.

All content from Kiddle encyclopedia articles (including the article images and facts) can be freely used under Attribution-ShareAlike license, unless stated otherwise. Cite this article:
Edie Falco Facts for Kids. Kiddle Encyclopedia.