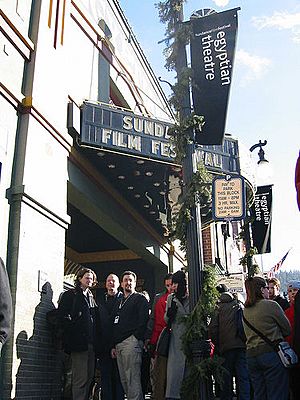 The Sundance Film Festival is an American movie festival that takes place every year in Utah. It is one of the largest independent movie festivals in the United States. 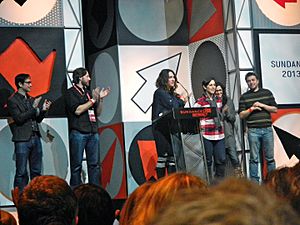 All content from Kiddle encyclopedia articles (including the article images and facts) can be freely used under Attribution-ShareAlike license, unless stated otherwise. Cite this article:
Sundance Film Festival Facts for Kids. Kiddle Encyclopedia.