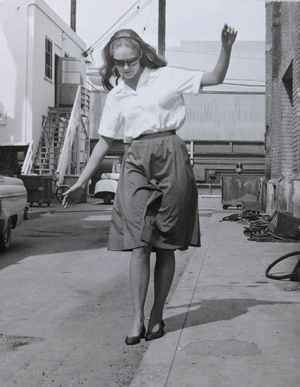 Elizabeth Hartman (December 2, 1943 - June 10, 1987) was an American actress who mostly did movies. She starred in the movie A Patch of Blue with Shelley Winters and Sidney Poitier and received a Golden Globe Award for that role. Hartman was born in Youngstown, Ohio. Hartman had depression. She died on June 10, 1987 at age 43.

All content from Kiddle encyclopedia articles (including the article images and facts) can be freely used under Attribution-ShareAlike license, unless stated otherwise. Cite this article:
Elizabeth Hartman Facts for Kids. Kiddle Encyclopedia.