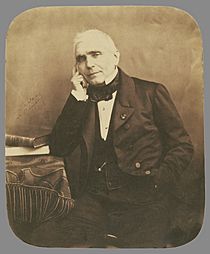 Augustin Eugène Scribe ( 24 December 1791 – 20 February 1861) was a French dramatist and librettist. He is known for the perfection of the so-called "well-made play" (pièce bien faite), a mainstay of popular theatre for over 100 years, and as the librettist of many of the most successful grand operas.

Scribe was born in Paris and died there. His father was a silk merchant, and he was well educated, being destined for the law. However, he soon began to write for the stage. His first piece, Le Prétendu sans le savoir, was produced anonymously at the Théâtre des Variétés in 1810 and was a failure. Numerous other plays, written in collaboration with various authors, followed; but Scribe achieved no distinct success till 1815, when he wrote Une Nuit de la garde nationale (Night of the National Guard, 1815), a collaboration with Delestre Poirson. Much of his later work was also written in collaboration with others. His debut in serious comedy was made at the Théâtre Français in 1822 with Valérie, the first of many successful pieces of the same kind. Among the actors he wrote starring roles for are Mlle Mars and Rachel. Scribe was elected to the Académie Française in 1834. 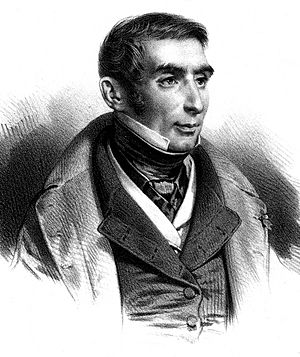 Scribe's main subject matter was the contemporary bourgeoisie. He mastered his craft writing comédies vaudevilles, short middle-class entertainments, often with songs. Eventually he developed the formulaic "well-made play"; popular pieces with elaborate plots featuring clever twists and turns, and usually centering on a misunderstanding (quiproquo) which is revealed early on to the audience but not realised by the protagonists until the final scenes. Characters face a series of obstacles, the resolution of which may create in turn further problems. At the end a scène a faire, with startling revelations, leads to a sensational denouement. Whilst their ingenuity was recognised by contemporary and later critics, the plays lack fine language, depth of character, thought, or social analysis. They thus stand in sharp contrast, for example, to Romantic plays of the same period, such as those of Victor Hugo. Théophile Gautier questioned how it could be that, "an author without poetry, lyricism, style, philosophy, truth or naturalism could be the most successful writer of his epoch, despite the opposition of literature and the critics?"

Scribe was prolific; he wrote various dramas – vaudevilles, comedies, tragedies and opera libretti. To the Théâtre du Gymnase alone he is said to have furnished a hundred and fifty pieces before 1830. He had a number of co-workers, (Scribe's 'factory'), one of whom supplied the story, another the dialogue, a third the jokes and so on. He is said in some cases to have sent sums of money for "copyright in ideas" to men who were unaware that he had taken suggestions from their work. Among his collaborators were Jean Henri Dupin (1787–1887), Germain Delavigne, Delestre-Poirson, Mélesville, Marc-Antoine Madeleine Désaugiers, Xavier Saintine and Ernest Legouvé. 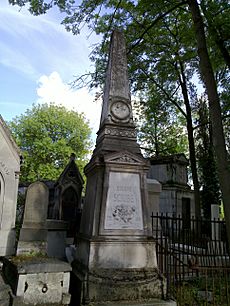 The mechanical aspect of Scribe's constructions made his works suitable for operatic adaptation, allowing for "effective contrasting of musical treatment, whilst the confrontations provided excellent opportunities for ensembles."

Scribe wrote libretti for operas for many major composers of his time, often for productions destined for the Paris Opéra. Many of these libretti constitute the basis of the Grand Opera genre and changed the whole course of French lyric drama.

He collaborated with Giacomo Meyerbeer on a number of occasions, and also provided the words for works by Giuseppe Verdi (Les vêpres siciliennes), Vincenzo Bellini, Daniel Auber (La muette de Portici, Gustave III and others), Fromental Halévy (including La Juive, Guido et Ginevra, and Le Juif errant), François-Adrien Boieldieu, Gaetano Donizetti (Dom Sébastien) and Gioachino Rossini (Le comte Ory). At the time of his death, he was working on a revision of the libretto for Meyerbeer's L'Africaine, which he had originally written in 1838.

Of his 'historical' operas it has been written:

They exist in a parallel universe, in which colourful historical or geographical milieu display a handful of stereotypes who, as a consequence of some secret manoeuvrings in their own pasts and coincidences in the present, are forced to face some implausible crisis of choice or conscience, preferably accompanied by a simultaneous natural disaster or violent death (or both).

Scribe's own hard-headed views on his libretti are summarised in his comments on a dispute over payment with Léon Pillet, the director of the Opéra, in 1841:

Scribe wrote a few novels, but none of any mark. His Œuvres complètes appeared in seventy-six volumes between 1874 and 1885.

He has been assumed to be the father of the politician Georges Coulon. 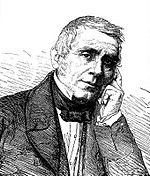 Scribe at the time of writing La Bataille de Dames, 1851

All content from Kiddle encyclopedia articles (including the article images and facts) can be freely used under Attribution-ShareAlike license, unless stated otherwise. Cite this article:
Eugène Scribe Facts for Kids. Kiddle Encyclopedia.