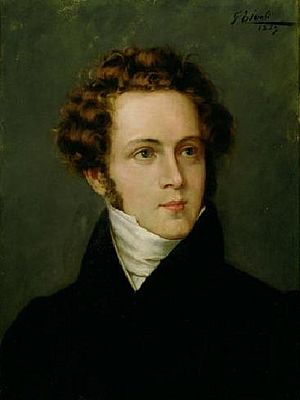 Although his operas never left the repertoire, they became popular again in the 1950s due largely to soprano Maria Callas, followed by Joan Sutherland in the 1960s.

All content from Kiddle encyclopedia articles (including the article images and facts) can be freely used under Attribution-ShareAlike license, unless stated otherwise. Cite this article:
Vincenzo Bellini Facts for Kids. Kiddle Encyclopedia.