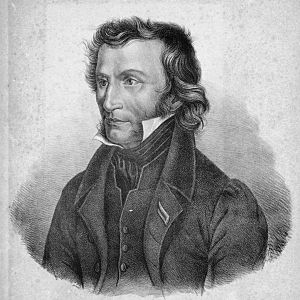 Niccolò Paganini (27 October 1782 - 27 May 1840) was an Italian composer and violin player. He is believed to be one of the best violinists who ever lived. He was born in Genoa, Italy and died in Nice, France. Paganini was the perfect virtuoso during his time although many other violinists slowly approach and some appear to be as virtuosic as him too. He was said to be a show off during his time and many wanted to challenge his violin skills. Paganini once broke all of the strings on his violin except the G-string and played a piece just on one string to show how good he was. He was the master of violin technique and invented many new techniques such as ricochet bowing, flying staccatos, left hand pizzicato, etc. His 24 caprices are his most famous compositions. Paganini was good friends with Franz Liszt who was also an equally magnificent virtuoso, only that he played the piano. They both came together and composed the etude La campanella, also known as the clock in English.

All content from Kiddle encyclopedia articles (including the article images and facts) can be freely used under Attribution-ShareAlike license, unless stated otherwise. Cite this article:
Niccolò Paganini Facts for Kids. Kiddle Encyclopedia.