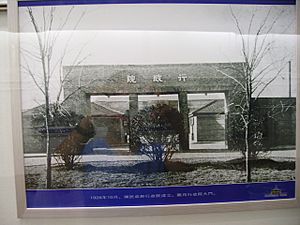 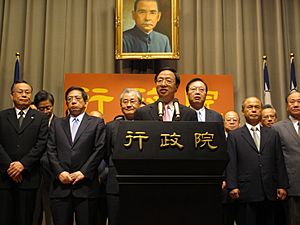 It is led by the Premier of the ROC. It has a Vice-Premier and eleven cabinet ministers. It also has from five to nine ministers without portfolio as its members. The vice premier, ministers, and chairpersons are chosen by the President of the ROC. This is on the recommendation of the premier.

It was started in 1948. The EY is one of the five branches of government of the ROC under their constitution.

All content from Kiddle encyclopedia articles (including the article images and facts) can be freely used under Attribution-ShareAlike license, unless stated otherwise. Cite this article:
Executive Yuan Facts for Kids. Kiddle Encyclopedia.