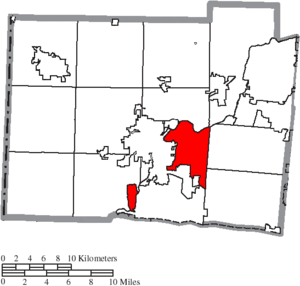 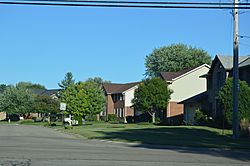 Fairfield Township, one of thirteen townships in Butler County, Ohio, United States, is located in the south central portion of the county. It had a population of 21,373 at the 2010 census, up from 15,571 in 2000, but down sharply from 49,353 in 1990 because of the withdrawal of the city of Fairfield in 1994 and annexations from Fairfield and Hamilton. Before annexations by the cities of Hamilton and Fairfield, it had an area of about 50 square miles (130 km2).

The township was erected by the Butler County Court of Quarter Sessions on May 10, 1803, as one of the first five townships of the county. Its boundaries were:

Beginning at the bank of the Miami, on the eastern side, at the place where the south boundary line of the county strikes the same; thence east with the southern boundary line of the county to the southeast corner of section No. 14 of the second township of the second entire range; thence north to the Great Miami river; thence southwestwardly down the same to the place of beginning.

For a brief period in 1994 and 1995, the township was incorporated as the City of Indian Springs under a special law enacted by the Ohio General Assembly, but it reverted to township status when this law was declared unconstitutional by the courts.

Located in the southern part of the county, it borders the following townships and cities:

The name is reflective of the gentle topography there. It is one of seven Fairfield Townships statewide.

All content from Kiddle encyclopedia articles (including the article images and facts) can be freely used under Attribution-ShareAlike license, unless stated otherwise. Cite this article:
Fairfield Township, Butler County, Ohio Facts for Kids. Kiddle Encyclopedia.