Kids Encyclopedia Facts
Not to be confused with Fielding (disambiguation).

Feilding has won the annual New Zealand's Most Beautiful Town award 14 times. It is a Edwardian themed town. The town is currently extending its CBD beautification featuring paving and planter boxes on the footpaths on the main streets in the CBD, including the realignment and beautification of Fergusson Street to the South Street entrance of Manfeild Park.

The town is a service town for the surrounding farming district. The Feilding Saleyards have been a vital part of the wider Manawatu community for over 125 years. As transport systems improved and farming practices changed, the need for small, local saleyards all but disappeared, leaving few major selling complexes in New Zealand. Manawatu is a diverse and fertile farming area with high production, high stock-carrying capacity and a stable climate. These factors make Feilding Saleyards a popular medium for many farmers. A unique aspect of Feilding Saleyards is their location in the centre of town.

The Manawatu Plains, on which the town is sited, are very fertile land, and as such it is a prosperous agricultural area. Being located on the floodplain of a major river has its problems, however, and in February 2004 the town suffered extensive flooding. In 2009 the Horizons Regional Council commissioned a new flood protection scheme to prevent extensive flooding in the future. 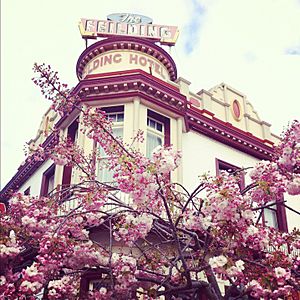 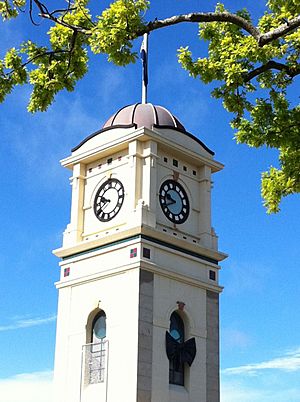 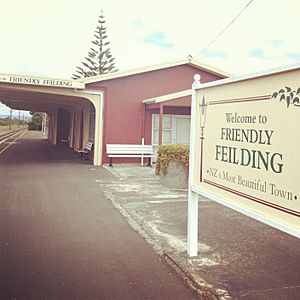 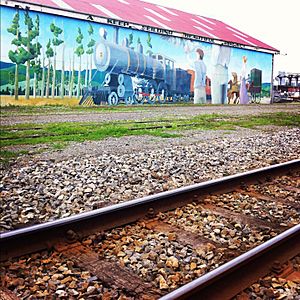 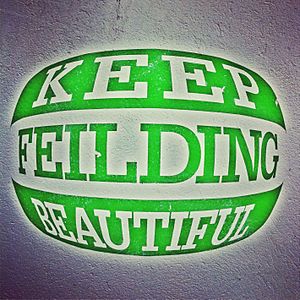 A reminder to keep Feilding's tidy and attractive image

The town was named after Colonel William H.A. Feilding, a director of the Emigrants and Colonists Aid Corporation Ltd. who negotiated the purchase of a 100,000 acre (400 km²) block of land from the Wellington provincial government in 1871. The first settlers arrived from Great Britain on 22 January 1874.

The Feilding Edwardian Project Inc. was established in September 1993 by local businesses with the aim of revitalising the central business area of Feilding. Many of the commercial buildings were built in the 1900s (Edwardian era) and have been restored and preserved over time.

Feilding is home to a number of historic collections, buildings, monuments and museums, including:

In recent years there has been a steady increase in military families from the Royal New Zealand Air Force buying property and living in Feilding. This is mainly due to the close proximity of RNZAF Base Ohakea.

In 2017 it was announced that the Republic of Singapore Air Force is looking at establishing a permanent F-15 fighter jet training base at Ohakea with an estimated presence of 500 Singaporian personnel.

All content from Kiddle encyclopedia articles (including the article images and facts) can be freely used under Attribution-ShareAlike license, unless stated otherwise. Cite this article:
Feilding Facts for Kids. Kiddle Encyclopedia.