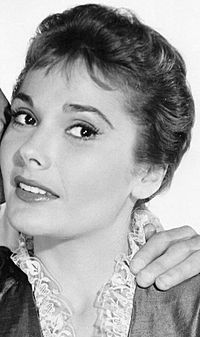 Farr is known for her roles in Billy Wilder's Kiss Me, Stupid (1964) with Dean Martin and Ray Walston, as Walter Matthau's daughter-in-law in Kotch; the Don Siegel bank-heist movie Charley Varrick (1973) and other appearances on The Alfred Hitchcock Hour, Bonanza, Ben Casey, Burke's Law, and many others.

All content from Kiddle encyclopedia articles (including the article images and facts) can be freely used under Attribution-ShareAlike license, unless stated otherwise. Cite this article:
Felicia Farr Facts for Kids. Kiddle Encyclopedia.