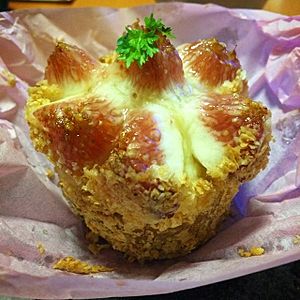 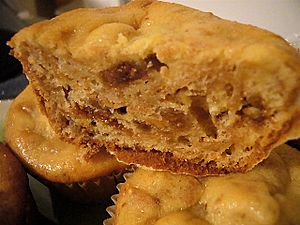 Fig cake is a part of the cuisine of the Southern United States and a part of Greek cuisine, in which it is referred to as sikopita. Fig preserves is sometimes used in the preparation of fig cakes and sikopita.

Fig cake and similar cakes have traditionally been served in the Appalachian Mountains of the eastern United States as a part of Old Christmas celebrations. In this region, Old Christmas is celebrated through January 6 each year. January 6th is the date of the arrival of the biblical Wise Men to Bethlehem. Fig cake, along with similar cakes such as jam cake, prune cake and applesauce cake, are common in this region during the Christmas and holiday season.

In Ocracoke, North Carolina, figs and fig cake are a prominent part of the town's cuisine, and the town has an annual fig festival that includes a fig cake contest. In Ocracoke, the cake was first prepared by Margaret Garrish sometime in the 1950s or 1960s, and the recipe was picked up by others in the town. Fig cake is served at several restaurants in Ocracoke.

All content from Kiddle encyclopedia articles (including the article images and facts) can be freely used under Attribution-ShareAlike license, unless stated otherwise. Cite this article:
Fig cake Facts for Kids. Kiddle Encyclopedia.