Fox Hills is a neighborhood of Culver City, California. It is roughly triangular in shape, bounded by West Slauson Avenue to the north, Centinela Avenue on the south, the San Diego Freeway to the southwest, and Canterbury Drive to the southeast. 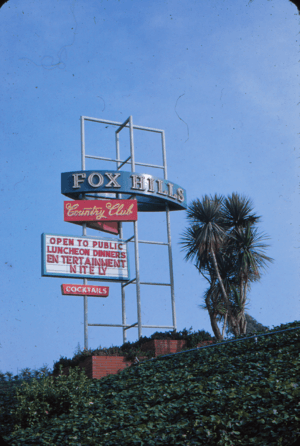 Fox Hills was annexed to Culver City in 1964, at which time it consisted of undeveloped land, riding stables, and golf courses. In the 1970s, the neighborhood was developed with apartments, condominiums, and the Fox Hills Mall, an indoor shopping center that opened in 1975.

All content from Kiddle encyclopedia articles (including the article images and facts) can be freely used under Attribution-ShareAlike license, unless stated otherwise. Cite this article:
Fox Hills, Culver City, California Facts for Kids. Kiddle Encyclopedia.