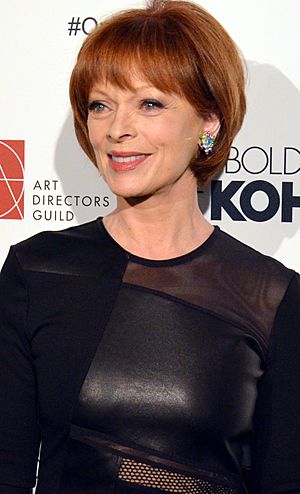 Frances Fisher (born 11 May 1952) is an England-born American actress. She played Strawberry Alice for 1992's Unforgiven. She also played Ruth DeWitt Bukater in the 1997 movie Titanic. Both movies won the Academy Award for "Best Pictuce". Before those, Fisher starred in the soap opera The Edge of Night (1976-1981).

Fisher was born in Milford on Sea, Hampshire, England.

All content from Kiddle encyclopedia articles (including the article images and facts) can be freely used under Attribution-ShareAlike license, unless stated otherwise. Cite this article:
Frances Fisher Facts for Kids. Kiddle Encyclopedia.