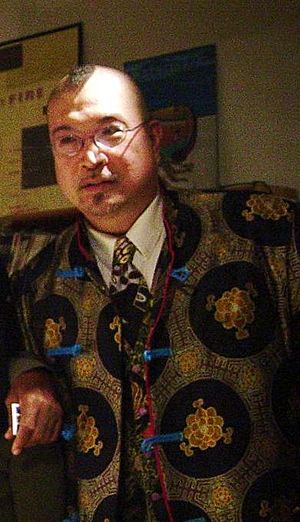 Ho died after a long battle with colorectal cancer at his home in Brooklyn, New York City. He was 56.

All content from Kiddle encyclopedia articles (including the article images and facts) can be freely used under Attribution-ShareAlike license, unless stated otherwise. Cite this article:
Fred Ho Facts for Kids. Kiddle Encyclopedia.