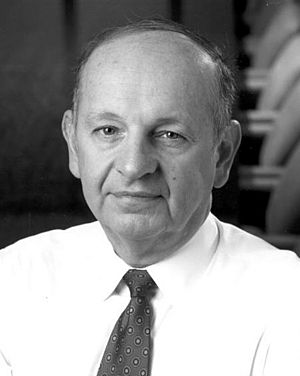 George Harry Heilmeier (May 22, 1936 – April 22, 2014) was an American engineer and businessman. He was best known for his work on the liquid crystal displays. He was added in the National Inventors Hall of Fame. He invented the LC-Display and his work is an IEEE Milestone. He was born in Philadelphia, Pennsylvania.

All content from Kiddle encyclopedia articles (including the article images and facts) can be freely used under Attribution-ShareAlike license, unless stated otherwise. Cite this article:
George H. Heilmeier Facts for Kids. Kiddle Encyclopedia.