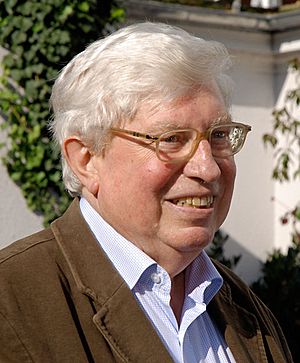 Professor Gerhard Ertl (born 10 October 1936) is a German physicist in the Department of Physical Chemistry of the Fritz Haber Institute of the MPG . He was born on 10 October 1936 in Stuttgart, Germany. Professor Ertl won the Nobel prize for Chemistry in 2007.

Ertl’s research laid the foundation of modern surface chemistry, which has helped explain how fuel cells produce energy without pollution, how catalytic converters clean up car exhausts and even why iron rusts, the Royal Swedish Academy of Sciences said.

His work has paved the way for development of cleaner energy sources and will guide the development of fuel cells, said Astrid Graslund, secretary of the Nobel Committee for Chemistry.

The Nobel academy said Ertl provided a detailed description of how chemical reactions take place on surfaces. His findings applied in both academic studies and industrial development, the academy said. “Surface chemistry can even explain the destruction of the ozone layer, as vital steps in the reaction actually take place on the surfaces of small crystals of ice in the stratosphere,” the award citation reads.

Ertl and his wife Barbara have two children and several grandchildren. His hobbies include playing the piano and also playing with his cats.

Professor Ertl is an editor of the Handbook of Heterogeneous Catalysis

Professor Ertl studied the molecules of ammonia, iron, carbon monoxide and palladium to help make modern catalytic converters. He studied platinum to learn about its atoms.

Professor Ertl helped to develop new ways of using microscopes. One was called low-energy electron diffraction (LEED) used at the beginning of his career and later he worked on ultraviolet photoelectron spectroscopy (UPS) and scanning tunneling microscope (STM).

Professor Ertl and Gabor A. Somorjai won the Wolf Prize for Chemistry in 1998 for outstanding results in surface science and for discovering how crystals react to experiments.

Professor Ertl was awarded the Nobel prize for chemistry in 2007 for more studies of surface science.

All content from Kiddle encyclopedia articles (including the article images and facts) can be freely used under Attribution-ShareAlike license, unless stated otherwise. Cite this article:
Gerhard Ertl Facts for Kids. Kiddle Encyclopedia.