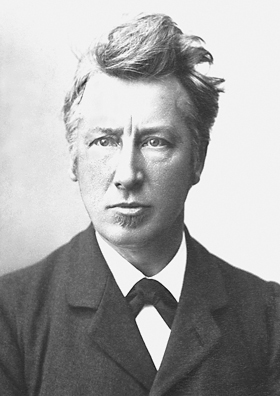 Jacobus Henricus van 't Hoff (1852–1911) was the first person to receive the Nobel Prize in Chemistry, for his discovery of the laws of chemical dynamics and osmotic pressure in solutions. 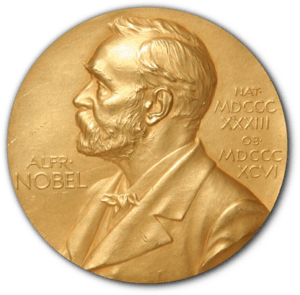 The Nobel Prize in Chemistry is awarded by the Royal Swedish Academy of Sciences. It awards people who have made progress in the scientific area of chemistry, those who have worked hard to learn more and have succeeded.

The Prize is given every year. It is just one of many Nobel Prizes. A famous winner of this prize was Marie Curie 1911, who discovered radium with her husband Pierre. She was the first person to win the prize twice; the first time was for physics in 1903.

All content from Kiddle encyclopedia articles (including the article images and facts) can be freely used under Attribution-ShareAlike license, unless stated otherwise. Cite this article:
Nobel Prize in Chemistry Facts for Kids. Kiddle Encyclopedia.