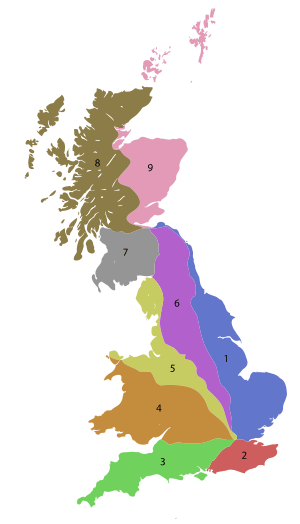 The numbering zones for A & B roads in Great Britain

This system only applies to the island of Great Britain. Northern Ireland and other islands have their own systems.

Main page: List of motorways in the United Kingdom

In England and Wales, the six A roads with one number are most important roads coming out of London. Starting with the A1 which goes north, numbers go clockwise around London:

In Scotland, important roads from Edinburgh have A roads with one number: 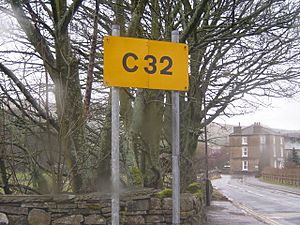 C road sign in Ribblesdale, North Yorkshire. There are not many C roads.

All content from Kiddle encyclopedia articles (including the article images and facts) can be freely used under Attribution-ShareAlike license, unless stated otherwise. Cite this article:
Great Britain road numbering scheme Facts for Kids. Kiddle Encyclopedia.