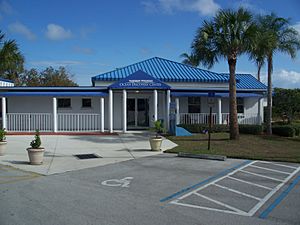 Ocean Discovery Center at the Institution

HBOI was founded in 1971 by J. Seward Johnson, Sr. in collaboration with Edwin A. Link as a non-profit research organization, then known as Harbor Branch Oceanographic Institution.

In December 2007, the assets and parcels of land of the research institute were transferred to FAU and took its current name. To fund the acquisition, the State of Florida allocated $44.6 million in one-time construction costs plus $8.5 million in annual operating funds. The governing board of the former HBOI then became the governing board of the Harbor Branch Oceanographic Institute Foundation which retained other parcels of land, an endowment funded by the J. Seward Johnson, Sr. Charitable Trust Endowment Fund and the Seward Johnson Trust Fund for Oceanography, and as the legislatively-dictated recipient of four Florida Specialty License plates. The Harbor Branch Oceanographic Institute Foundation exists today with a mission to support the Harbor Branch Oceanographic Institute. 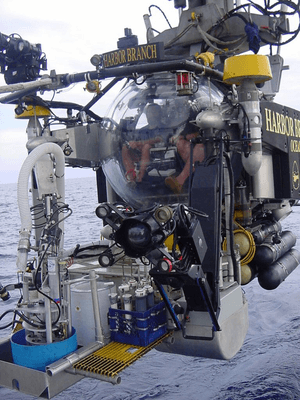 HBOI is located on a 146-acre (0.59 km2) campus along the Indian River Lagoon north of Fort Pierce, Florida.

HBOI research and education focuses on biological oceanography, estuarine to deep sea ecology, aquaculture, discovery and development of natural products for medicines and other uses, and ocean engineering. Its staff includes more than 160 scientists, engineers, mariners, and support personnel. Funding sources include grants and Florida state educational and general funds, Florida specialty license plates, donations, and other institutional support. Institute assets include the Johnson Sea Link submersible, capable of reaching more than a half-mile under the ocean, and libraries of marine sponges and microbial creatures numbering in the tens of thousands.

Since August 2007, HBOI has been home to Westwood High School’s Marine and Oceanographic Academy (MOA), a magnet school with a diverse student body from across the St. Lucie County School District. The school, formed through a partnership between HBOI and the school district, infuses a marine and oceanographic focus into the core high school curriculum.

Since May 2009, HBOI has been the headquarters of the National Oceanographic and Atmospheric Administration’s Cooperative Institute for Ocean Exploration, Research & Technology (CIOERT), which is co-managed by University of North Carolina Wilmington and includes partners SRI International, the Rosenstiel School of Marine & Atmospheric Science, and the Cooperative Institute for Marine and Atmospheric Science. CIOERT priorities include development of advanced underwater technologies, exploration and research of frontier regions of the eastern US continental shelf and beyond, improved understanding of vulnerable deep and shallow coral ecosystems, and improved ocean literacy.

The Harbor Branch Ocean Discovery Center is open to the public in Fort Pierce. The Center features interactive exhibits about the environment of the ocean, live marine creatures, a video theater, and displays about the research activities of the Institute. The Center is closed on Sundays and major holidays.

In addition to more than 9,400 ocean exploration and sample collection dives, notable HBOI accomplishments include:

All content from Kiddle encyclopedia articles (including the article images and facts) can be freely used under Attribution-ShareAlike license, unless stated otherwise. Cite this article:
Harbor Branch Oceanographic Institute Facts for Kids. Kiddle Encyclopedia.