Heaters is an unincorporated community in Braxton County, West Virginia, United States. Heaters is situated approximately three miles north of Flatwoods on U.S. Route 19, which is a paved two-lane road. Access from I-79 is at exit 67 in Flatwoods, or exit 79 at Burnsville, then Route 5 to Heaters. There is no stoplight in Heaters. Heaters has a United States Postal Service post office and the ZIP Code is 26627.

Prior to the construction of I-79 in 1974, US-19 was the main road between Morgantown and Charleston, and Heaters was a convenient place to stop. At its peak, Heaters had a gas station, a general store, and a lunch restaurant. All are now gone. Heaters does have a community center located at 4350 Gauley Turnpike, which is used for community gatherings such as potluck dinners, memorial service dinners, and fundraising dinners. 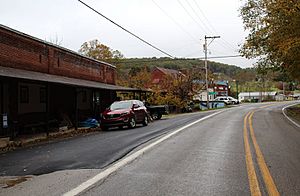 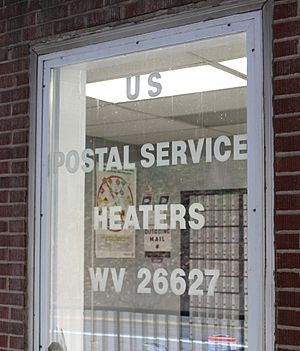 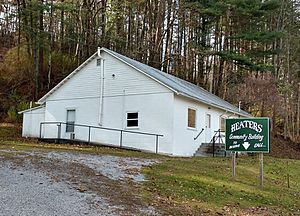 The community was named after the local Heater family.

All content from Kiddle encyclopedia articles (including the article images and facts) can be freely used under Attribution-ShareAlike license, unless stated otherwise. Cite this article:
Heaters, West Virginia Facts for Kids. Kiddle Encyclopedia.