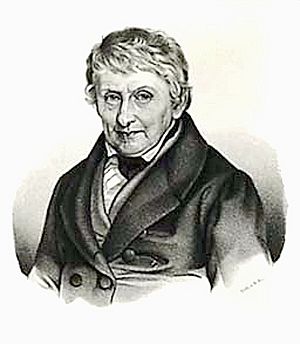 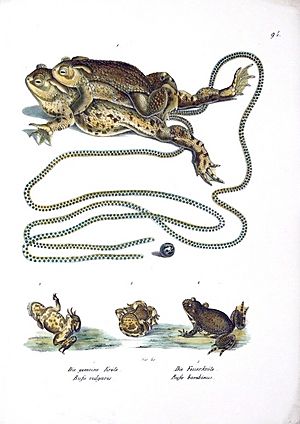 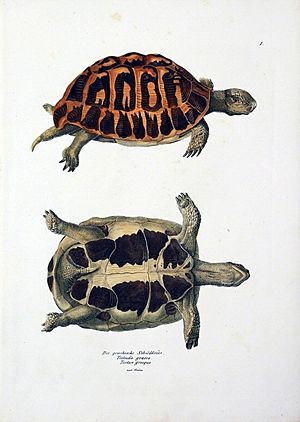 Schinz was born at Zurich and studied medicine at Würzburg and Jena. In 1798 he returning to Zurich to work as a doctor. In 1804 he became a teacher at the medical school. In 1833 he became professor of natural history at the University of Zurich.

Schinz was also curator of the Natural History Society of Zurich. He also wrote a lot of important zoological books between 1824 and 1852. These included Das Thierreich (1821-4), Naturgeschichte und Abbildungen der Reptilien (1833-4), and Europäsche Fauna (1840). Karl Joseph Brodtmann made the pictures for these books.

All content from Kiddle encyclopedia articles (including the article images and facts) can be freely used under Attribution-ShareAlike license, unless stated otherwise. Cite this article:
Heinrich Rudolf Schinz Facts for Kids. Kiddle Encyclopedia.