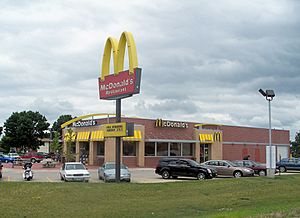 A corporation is an institution that is granted a charter recognizing it as a separate legal entity having its own privileges, and liabilities distinct from those of its members. There are many different forms of corporations, most of which are used to conduct business.

Corporations exist as a product of corporate law, and their rules balance the interests of its stakeholders: the management who operate the corporation; creditors who loan it goods, services or money; shareholders who invest their capital; the employees who contribute their labor; and the clients they serve. In modern times, corporations have become an increasingly dominant part of economic life.

An important feature of corporation is limited liability. If a corporation fails, shareholders normally only stand to lose their investment, and employees will lose their jobs, but neither will be further liable for debts that remain owing to the corporation's creditors.

Despite not being natural persons, corporations are recognized by the law to have rights and responsibilities like actual people. Corporations can exercise human rights against real individuals and the state, and they may be responsible for human rights violations. Just as they are "born" into existence through its members obtaining a certificate of incorporation, they can "die" when they lose money into insolvency. Corporations can even be convicted of criminal offences.

Although corporate law varies in different jurisdictions, there are five core characteristics of the business corporation: 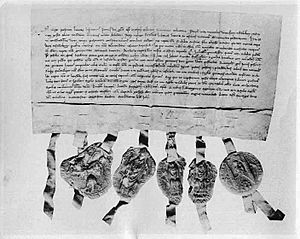 The word "corporation" derives from corpus, the Latin word for body, or a "body of people". Entities which carried on business and were the subjects of legal rights were found in ancient Rome, and the Maurya Empire in ancient India. In medieval Europe, churches became incorporated, as did local governments, such as the Pope and the City of London Corporation.

The point was that the incorporation would survive longer than the lives of any particular member, existing in perpetuity. The alleged oldest commercial corporation in the world, the Stora Kopparberg mining community in Falun, Sweden, obtained a charter from King Magnus Eriksson in 1347. Many European nations chartered corporations to lead colonial ventures, such as the Dutch East India Company or the Hudson's Bay Company, and these corporations came to play a large part in the history of corporate colonialism.

All content from Kiddle encyclopedia articles (including the article images and facts) can be freely used under Attribution-ShareAlike license, unless stated otherwise. Cite this article:
Corporation Facts for Kids. Kiddle Encyclopedia.