Events of the Jōwa era 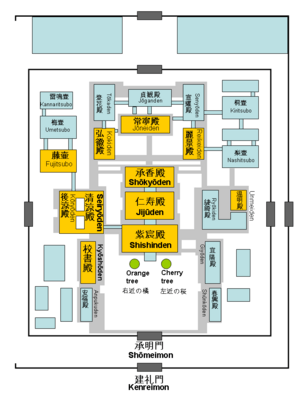 In Jōwa 1, a cherry tree was planted in the main courtyard of the Heian Palace

There were disturbances when Emperor Junna abdicated; and this time was called Jōwa no Hen.

All content from Kiddle encyclopedia articles (including the article images and facts) can be freely used under Attribution-ShareAlike license, unless stated otherwise. Cite this article:
Jōwa (Heian period) Facts for Kids. Kiddle Encyclopedia.