James Edmund Caan (born March 26, 1940) is an American actor. After early roles for which he received a Golden Globe nomination, he came to prominence in the 1970s with significant roles in films. For his signature role in The Godfather (1972), that of hot-tempered Sonny Corleone, Caan was nominated for the Academy Award for Best Supporting Actor and the corresponding Golden Globe.

For his contributions to the film industry, Caan was inducted into the Hollywood Walk of Fame in 1978 with a motion pictures star located at 6648 Hollywood Boulevard.

Caan was born on March 26, 1940, in the Bronx, New York. His father was a meat dealer and butcher. One of three siblings, Caan grew up in Sunnyside, Queens, New York City. He was educated in New York City, but did not graduate. Some of his classmates included Francis Ford Coppola and Lainie Kazan.

While studying at Hofstra University, however, he became intrigued by acting and was interviewed for, accepted to, and graduated from, New York City's Neighborhood Playhouse School of the Theatre, where he studied for five years. 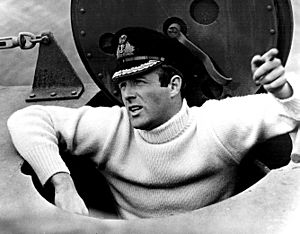 Caan began appearing off-Broadway before making his Broadway debut in Blood, Sweat and Stanley Poole. He appeared in such television series as The Untouchables, The Alfred Hitchcock Hour, Kraft Suspense Theatre, Combat!, Ben Casey, Dr. Kildare, The Wide Country, Alcoa Premiere, Route 66, and Naked City. He went on to portray many parts in various TV series and film, also taking on the part of director in some movies.

Caan is a practicing martial artist. He has trained with Takayuki Kubota for nearly thirty years, earning various ranks. He is a Master (Rank = 6 Dan) of Gosoku Ryu Karate and was granted the title of Soke Dai by the International Karate Association.

Caan has been married four times. In 1961, he married Dee Jay Mathis; they divorced in 1966. They had a daughter, Tara (born 1964). Caan's second marriage to Sheila Marie Ryan (a former girlfriend of Elvis Presley's) in 1976 was short-lived; they divorced the following year. Their son, Scott Caan, who also is an actor, was born August 23, 1976.

Caan was married to Ingrid Hajek from September 1990 to March 1994; they had a son, Alexander James Caan, born 1991. He married Linda Stokes on October 7, 1995, they have two sons, James Arthur Caan (born 1995) and Jacob Nicholas Caan (born 1998). Caan filed for divorce on November 20, 2009. James Caan has five children and four grandchildren, three from his eldest daughter Tara and one from his son Scott.

All content from Kiddle encyclopedia articles (including the article images and facts) can be freely used under Attribution-ShareAlike license, unless stated otherwise. Cite this article:
James Caan Facts for Kids. Kiddle Encyclopedia.