Jastrzębie-Zdrój is a city in south Poland with 92,462 inhabitants (31.12.2010). Until the 20th century it was a spa village situated in Upper Silesia. It was granted city rights in 1963. In the early 1980s, the city was one of main centers of workers' protests, which resulted in creation of Solidarity. 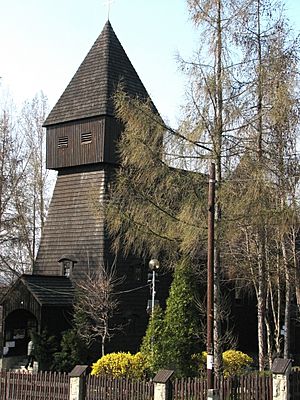 The first written documentation, relating to this area, date back to around 1305. The town is made up of several old settlements, whose origins go back to the distant past. The original name of the town was Jastrzemb. The name's origin, means hawk in Polish language and is connected with the legend of the black knight.

Between 1858-1860, trial excavations of hard coal were performed all over the area of Jastrzębie Dolne. These excavations ended up discovering springs containing iodine and bromine brine solutions. In 1860, the count of Königsdorff acquired the lands and suggested the construction of bath facilities. Thus, in 1862, the health resort of Bad Königsdorff-Jastrzemb was brought into life. Shortly after, the town joined the exclusive circle of the most prestigious health resorts in Europe.

In 1895, the natural health centre was taken over by a Polish doctor, who lent great service to the development of health-resort in Bad Königsdorff-Jastrzemb. His managerial skills together with wise investment made Jastrzębie-Zdrój a highly appreciated and fashionable health resort inside the German Empire and the interbellum Poland. Consequently, numerous health facilities were then set up.

The history of Jastrzębie-Zdrój as a health resort came to its end in the 1960s, when all over the area began the intensive exploitation of coking coal deposits. Within a period of 12 years, 5 coal mines were set up. During the time of political transformation in Poland, Jastrzębie-Zdrój went down the annals of Polish modern history as the place where the so-called "the Jastrzębskie Agreement" was concluded. The signing of the protocol initiated the process of political, economic and social changes in Poland.

Jastrzębie-Zdrój is a powiat (county) divided into 15 districts and 6 sołectwos that have its own administrative body. Most of the districts are suburban, some are densely built with many blocks of flats generating huge housing estates, and the rest are of civic nature.

All content from Kiddle encyclopedia articles (including the article images and facts) can be freely used under Attribution-ShareAlike license, unless stated otherwise. Cite this article:
Jastrzębie-Zdrój Facts for Kids. Kiddle Encyclopedia.