Jeri Lynn Ryan (born Jeri Lynn Zimmermann; February 22, 1968) is an American actress best known for her role as the Borg Seven of Nine on Star Trek: Voyager, for which she was nominated four times for a Saturn Award and won in 2001.

Ryan is also known for her role as Veronica "Ronnie" Cooke on Boston Public. She was a regular on the science fiction series Dark Skies and the legal drama series Shark. She starred as Dr. Kate Murphy in the ABC drama series Body of Proof. In 2016, she began appearing as Veronica Allen on the Amazon Prime series Bosch. 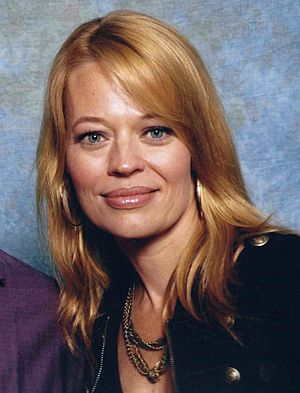 Ryan was born in Munich, Germany, the daughter of Gerhard Florian "Jerry" Zimmermann, a master sergeant in the United States Army, and his wife Sharon, a social worker. She has one older brother. Ryan grew up on Army posts in Kansas, Maryland, Hawaii, Georgia and Texas.

In 1989 Ryan was chosen as Miss Illinois. She competed in the Miss America 1990 pageant, where she finished as 3rd runner-up, also winning a preliminary swimsuit competition. 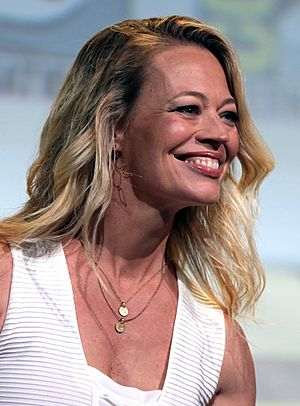 After college, she pursued acting full-time in Los Angeles. She made her acting debut in Who's the Boss?, and followed that with guest-starring roles in television series such as Melrose Place, Matlock, and The Sentinel.

Her big break came when she won a regular role as the extraterrestrial investigator Juliet Stuart on the television series Dark Skies. The series was cancelled after one season, but the role had drawn the attention of the science-fiction community.

In 1997 Ryan was chosen for a role on the science fiction series Star Trek: Voyager as Seven of Nine, a Borg drone who had been "liberated", or freed, from the Borg's collective consciousness. When she joined the cast in season four, ratings increased 60%. 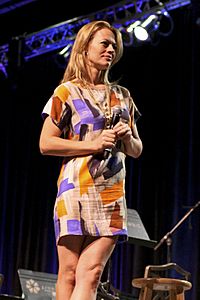 Ryan at the 2010 Las Vegas Star Trek convention in Nevada

In 1990, while dealing blackjack at a charity event, the actress met investment banker and future Republican political candidate Jack Ryan. The couple married in 1991, and had a son in 1994. They divorced in 1999.

In 2003, Ryan met French chef Christophe Émé at a chef's charity event. The two eventually began a relationship and married in the Loire Valley, France in 2007. In 2008, Ryan gave birth to daughter Gisele Émé in Los Angeles, California.

All content from Kiddle encyclopedia articles (including the article images and facts) can be freely used under Attribution-ShareAlike license, unless stated otherwise. Cite this article:
Jeri Ryan Facts for Kids. Kiddle Encyclopedia.