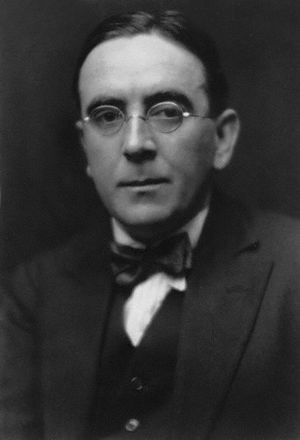 John Ireland (born near Manchester, 13 August 1879; died Washington, Sussex, 12 June 1962) was an English composer. He is particularly remembered for his Piano Concerto and for his church music, especially the anthem Greater love hath no man, the song The Holy Boy and the hymn tune to My song is love unknown. He had an unhappy childhood, and he always felt unsure of himself and rather lonely.

John Ireland was born in Bowdon, Greater Manchester. His father, who was 70 years old, was a publisher who owned a newspaper. He had married for a second time after his wife had died, and John was the youngest of five children from the second marriage. His mother was 30 years younger than her husband. When John was 14 his mother died, and his father died the next year. 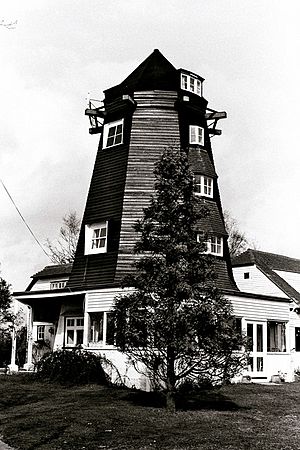 John Ireland studied piano and organ at the Royal College of Music. Later he also had composition lessons from Charles Villiers Stanford. He later became a teacher at the College himself. His pupils included the composers Alan Bush and Geoffrey Bush (who were not related), Ernest Moeran and Benjamin Britten. Geoffrey Bush later helped to prepare a lot of Ireland’s works for publication. Ireland mostly made his living as an organist and choirmaster.

Ireland enjoyed going to the Channel Islands. He liked the landscapes there. He was evacuated from them just before the German invasion during World War II.

John Ireland married once, but his marriage only lasted a few months.

On 10 September 1949, his 70th birthday was celebrated in a special Prom concert. The soloist in the Piano Concerto was the pianist Eileen Joyce, who later made the first gramophone recording of the concerto. 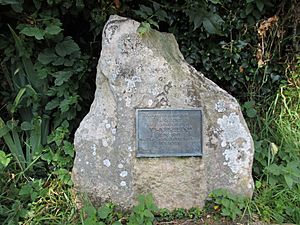 Ireland retired in 1953. He moved to a tiny village in Sussex, where he lived in an old windmill which had been changed into a home.

He died aged 82 in Washington, Sussex of heart failure.

John Ireland was never much influenced by folksong like many other English composers of his time. His music is more related to Impressionism. He liked the music of French composers such as Debussy and Ravel as well as Igor Stravinsky and Bartók. His Piano Concerto is one of his best works. It shows that he developed his own personal style of harmony. Most of his other good works are short pieces, including many for piano solo. His best-known piece is the song The Holy Boy. It is heard in many different arrangements. His songs to poems by A. E. Housman, Thomas Hardy, Christina Rossetti, John Masefield, Rupert Brooke and others, are among some of the best English art songs.. He also wrote hymns, carols, and other sacred choral music; among choirs he is probably best known for the anthem Greater love hath no man, often sung in services that remember the victims of war. Another choral work, These things shall be expresses his deepest hopes for mankind, although in his last years he said that he hated the work.

All content from Kiddle encyclopedia articles (including the article images and facts) can be freely used under Attribution-ShareAlike license, unless stated otherwise. Cite this article:
John Ireland Facts for Kids. Kiddle Encyclopedia.