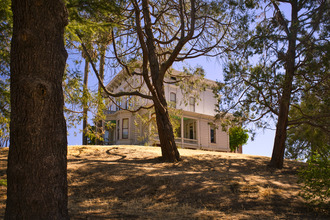 The John Muir National Historic Site is located in the San Francisco Bay Area, in Martinez, Contra Costa County, California. It preserves the 14-room Italianate Victorian mansion where the naturalist and writer John Muir lived, as well as a nearby 325-acre (132 ha) tract of native oak woodlands and grasslands historically owned by the Muir family. The main site is on the edge of town, in the shadow of State Route 4, also known as the "John Muir Parkway." 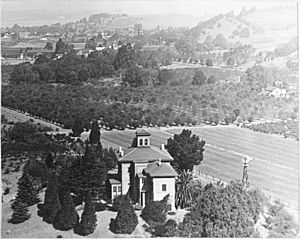 View from south over the house to the orchards in 1900

In 1897, for the sum of $10, Muir and Louisa ceded a right of way to the San Francisco and San Joaquin Valley Railroad. The document describes the land upon which the Alhambra Trestle is located. The railway was completed in 1900 and used by the Muirs to ship their fruit. 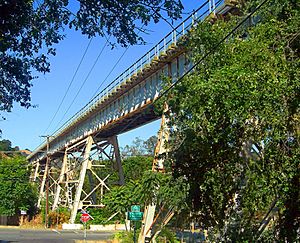 While living here, Muir realized many of his greatest accomplishments, co-founding and serving as the first president of the Sierra Club, in the wake of his battle to prevent Yosemite National Park's Hetch Hetchy Valley from being dammed, playing a prominent role in the creation of several national parks, writing hundreds of newspaper and magazine articles and several books expounding on the virtues of conservation and the natural world, and laying the foundations for the creation of the National Park Service in 1916.

The home contains Muir's "scribble den," as he called his study, and his original desk, where he wrote about many of the ideas that are the bedrock of the modern conservation movement. 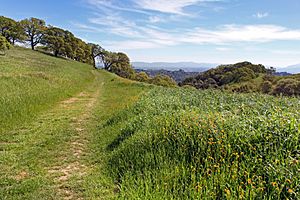 Hiking trail along Mount Wanda within the Historic Site 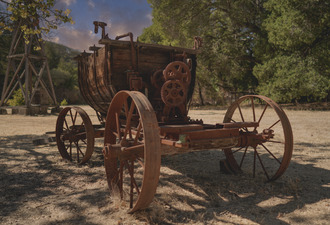 The Muir house was documented by the Historic American Buildings Survey in 1960.

In 1988 nearby Mount Wanda Nature Preserve (named for one of John Muir's two daughters) was added to the Historic Site. 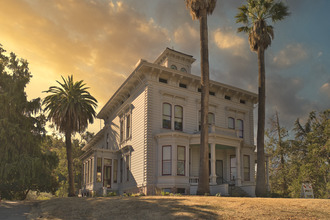 The John Muir National Historic Site offers a biographical film, tours of the house and nature walks on Mount Wanda.

All content from Kiddle encyclopedia articles (including the article images and facts) can be freely used under Attribution-ShareAlike license, unless stated otherwise. Cite this article:
John Muir National Historic Site Facts for Kids. Kiddle Encyclopedia.