John Jackson Sparkman (December 20, 1899 – November 16, 1985) was an American jurist and politician from the state of Alabama. A Southern Democrat, Sparkman served in the United States House of Representatives and the United States Senate from 1937 until 1979. He was also the Democratic Party's nominee for Vice President in the 1952 presidential election.

Born in Morgan County, Alabama, Sparkman established a legal practice in Huntsville, Alabama after graduating from the University of Alabama School of Law. He won election to the House in 1936 and served as House Majority Whip in 1946. He left the House in 1946 after winning a special election to succeed Senator John H. Bankhead II. While in the Senate, he helped establish Marshall Space Flight Center and served as the chairman of several committees.

Sparkman served as Adlai Stevenson II's running mate in the 1952 presidential election, but they were defeated by the Republican ticket of Dwight D. Eisenhower and Richard Nixon. After the Supreme Court decision of Brown v. Board of Education, Sparkman signed the Southern Manifesto, which pledged opposition to racial integration. He became the longest-serving Senator from Alabama in 1977. Sparkman chose not to seek re-election in 1978, and retired from public office the following year.

Sparkman, a son of Whitten Joseph and Julia Mitchell (Kent) Sparkman, was born on a farm near Hartselle, in Morgan County, Alabama. He grew up in a four-room cabin with his eleven brothers and sisters. His father was a tenant farmer and doubled as the county's deputy sheriff. As a child, John Sparkman worked on his father's farm picking cotton. He was raised Methodist.

He attended a one-room elementary school in rural Morgan County, then walked 4 miles (6.4 km) every day to his high school. Sparkman graduated from Morgan County High School in 1917 and enrolled in the University of Alabama at Tuscaloosa.

During World War I, he was a member of the Students Army Training Corps . Sparkman worked shoveling coal in the university's boiler room to help pay for his education. He worked on The Crimson White (the university's newspaper), becoming the paper's editor-in-chief, and served as his class's student-body president.

Sparkman was awarded a teaching fellowship in history and political science, he became a founding member of the Gamma Alpha Chapter of Pi Kappa Alpha in 1921, and was chosen as the university's "most outstanding senior" the same year. He received his Bachelor of Arts in 1921, and his bachelor of laws from the University of Alabama School of Law in 1923. In 1924, Sparkman earned his master's degree in history.

Sparkman briefly worked as a high school teacher before he was admitted to the Alabama State Bar in 1925. He commenced his practice in Huntsville. He was also an instructor at Huntsville College from 1925 to 1928. He was appointed as a U.S. Commissioner (magistrate judge) for Alabama's northern judicial district, serving from 1930 to 1931. 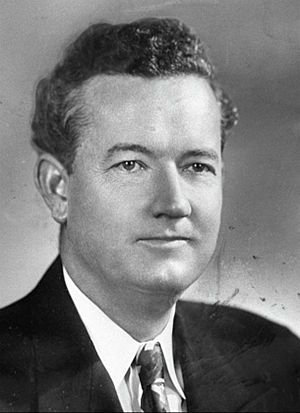 The 1943 Sparkman Act, which allowed women physicians to be commissioned as officers in the armed forces, was named for him.

In 1949, Sparkman was instrumental in convincing the United States Department of the Army to transfer the missile development activities from Fort Bliss, Texas, to Redstone Arsenal. This brought Wernher von Braun and the German Operation Paperclip scientists and engineers to Huntsville, forming the foundation to what eventual became the NASA Marshall Space Flight Center.

In January 1951, Sparkman stated that he believed the Truman administration housing defense program could increase inflationary pressures, a view aligned with Republican Senators Irving Ives and Andrew Frank Schoeppel, but furthered that the plan was essential and should be undertaken regardless of inflation concerns.

In February 1955, Sparkman criticized the farming policies of the Eisenhower administration, charging them with having hurt the financial situations of American farmers the most since before the beginning of World War II and that the plight of farmers would continue so long as legislation affecting controls on crop acreage and the flexible price support system was enacted.

In 1956, Sparkman was one of 82 representatives and 19 senators who signed the Southern Manifesto in opposition to the 1954 U.S. Supreme Court decision Brown v. Board of Education and racial integration. In 1957, Sparkman voted against HR 6127, the Civil Rights Act of 1957.

On July 9, 1964, President Johnson signed the Urban Mass Transportation Act of 1964 into law, noting Sparkman as one of the members of Congress who helped in securing the legislation's passage.

On October 30, 1977, Sparkman became the longest-serving senator in the history of Alabama.

On November 16, 1985, Sparkman died of a heart attack at Big Springs Manor Nursing Home in Huntsville, Alabama. He was eighty-five. Survived by his wife and daughter, he was interred in Huntsville at the historic Maple Hill Cemetery.

All content from Kiddle encyclopedia articles (including the article images and facts) can be freely used under Attribution-ShareAlike license, unless stated otherwise. Cite this article:
John Sparkman Facts for Kids. Kiddle Encyclopedia.