John Welsh House, also known as "Rauhala," is a historic home located at Wyndmoor in Springfield Township, Montgomery County, Pennsylvania. It was built in 1867 and expanded in 1892. It consists of an asymmetrical Gothic Revival cottage in front of a cubic Italianate style cottage. The house is built of cut and squared Wissahickon schist. 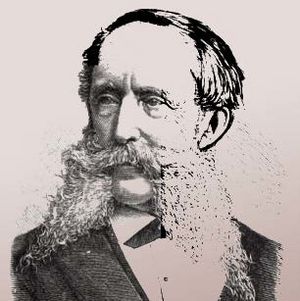 The house is located on Stenton Avenue, which borders Wyndmoor and the Chestnut Hill area of Philadelphia. It was added to the National Register of Historic Places in 1990.

The original property was owned by Hannah Callowhill Penn. She was the second wife of William Penn, the first colonial proprietor of the Province of Pennsylvania. After her husband's strokes in 1712, she became acting Proprietor of Pennsylvania. While in this role, the Crown put great pressure on her to surrender the colony for a cash settlement which would relieve the Penn family of debt. Hannah Penn, through careful planning and difficult decisions, was able to prevent the surrender of the colony to the Crown. Due to her financial management, the proprietary colony remained in the hands of Hannah's branch of the Penn family until the Revolution. Penn later became the first woman awarded the status of Honorary Citizen of United States. This honor, which was conferred to her by President Ronald Reagan through a Presidential Proclamation in 1984, cited her “devotion to the pursuit of peace and justice."

The Kelsey family enjoys an afternoon on the grounds of Rauhala. Albert Jr. is at far left with his arm in a sling; Jeannette & Albert Sr. are seated at far right. (Kelsey Family Collection, Chestnut Hill Historical Society)

During the Civil War, Washburn organized the Wisconsin Volunteer Cavalry for the Union Army and earned his rank as major general. Washburn came from a family of political and business leaders. He served as the Governor of Wisconsin for one term, U.S. Congressmen for ten years, and was one of the seven famous Washburn brothers; three of whom served their country in roles of governor, congressional representative and U.S. Secretary of State. After moving into the John Welsh House in 1886, newlyweds Albert & Jeanette Kelsey renamed the home “Rauhala” (Finnish for “peaceful place”).

Many years later, on September 27, 1997, Keystone House opened its doors as the first freestanding residential hospice in southeastern Pennsylvania at the John Welsh House. Today, Keystone House is owned and operated by KeystoneCare, a nonprofit home health and hospice care provider. Like previous residents, those who have called Keystone House home over the two decades have colorful stories of their own accomplishments. Judges, schoolteachers, artists, homemakers, ministers, newscasters, musicians, business leaders — as well as those who have no home at all — have all found comfort at this special place.

All content from Kiddle encyclopedia articles (including the article images and facts) can be freely used under Attribution-ShareAlike license, unless stated otherwise. Cite this article:
John Welsh House Facts for Kids. Kiddle Encyclopedia.