Karim Alrawi (Arabic كريم الراوي) is a British-Canadian writer born in Alexandria, Egypt. He has taught at universities in the UK, Egypt, US and Canada. He was an International Writing Fellow at the University of Iowa and taught creative writing at the university's International Writing Program. He was president of Egyptian Pen (the local branch of the international writer's organization) from 1992 to 1994 replacing Mursi Saad El-Din. He was followed in the position by novelist Gamal El-Ghitani.

In the UK, he was Literary Manager of the Theatre Royal Stratford East and later Resident Writer at the Royal Court Theatre in Central London. He served on the Arts Council of Great Britain's Drama Panel and the Great London Arts Council. He later returned to Egypt where he taught in the theatre department of the American University in Cairo. In Egypt his plays were banned by the state censor. He was later arrested and detained for interrogation by Egyptian State Security for his work with the Egyptian Organisation for Human Rights (EOHR) where he was Deputy Secretary General and Foreign Press Spokesman.

He moved to the United States as a Fulbright International Scholar where he had residencies at a number of theatres including Meadow Brook Theatre (MBT) in Michigan, Oregon Shakespeare Festival, Kennedy Centre, Washington DC, and LaMama, New York. He has written and edited several international publications and was Editor in Chief of ARABICA magazine, the leading nationally distributed Arab-American publication with an independently certified readership of over 100,000 readers. He supervised EU, US and Canadian government funded media training programs in a number of African and Asian countries. He was a member of the Canadian delegation led by Foreign Minister Pierre Pettigrew to the Organisation for Economic Co-operation and Development (OECD) conference on Good Governance in the Arab World, as well as a member of the United Nations Development Programme (UNDP)'s Programme on Governance in the Arab Region (POGAR, 1999–2005) and Communications Advisor and Manager of External Affairs for the Middle East and North Africa for the World Bank in Washington, DC. He was Executive Director of the US-Arab Economic Forum and was in Egypt during the Arab Spring uprisings of 2011–2013.

After the return of military rule, in March 2016, Alrawi was among 190 Egyptian human rights and civil society activists charged by Egyptian State Security under case 173–2011. The charges pertained to his training journalists in media ethics and use of the Internet, purportedly a contributory factor to the 2011 uprising. On December 20, 2018, an Egyptian court dismissed the charges. A decision confirmed by the court of appeal on December 04, 2020.

Alrawi's fiction, plays and productions have received several awards including:

His children's book The Girl Who Lost Her Smile was winner of Parents Magazine Gold Award 2002 and was a finalist for the Kentucky Bluegrass Book Award (Kentucky Students' Choice) 2002.

His picture book The Mouse Who Saved Egypt was listed for the People's Prize in the UK.

He has received writer's awards from the Arts Council of Great Britain and from the Canada Council for the Arts. 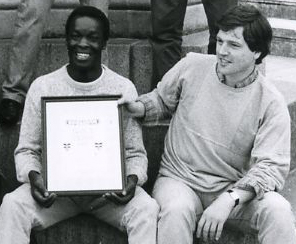 Alrawi's first full-length play Migrations was produced at the Theatre Royal Stratford East and his second play A Colder Climate was produced at the Royal Court Theatre in Central London. It was followed by three plays, Fire in the Lake, A Child in the Heart and Promised Land for Joint Stock Theatre, then one of Britain's major touring companies. All three plays provoked controversy at the time of performance. As Carol Woddis noted about Child in the Heart, "this almost messianic piece about the desperate pain of loss of roots and, in the truly biblical sense, tribal identity, refuses to let its audience off the hook." Fire in the Lake was awarded an Edinburgh Fringe First Award at the Edinburgh Festival Fringe. Crossing the Water a play about the British in Egypt and the Suez War was given a stage reading at the ICA in London before being produced at the American University in Cairo's Jamil Center despite a banning order by the Egyptian state censor.

In Egypt, Alrawi taught at the theatre department of the American University in Cairo (AUC). His first serious run-in with the state censor was when his play Crossing the Water was banned and he was summoned to give an account of himself to the censor's office. Later that year, as a response to the censor, he adapted The Three Sisters by Anton Chekhov, setting it in contemporary Egypt. It was staged at the Wallace Theatre of AUC in central Cairo. Also, Alrawi wrote four stage plays in Arabic two of which were staged at the Wallace Theatre. Madinate el Salam (City of Peace) is a retelling of the life of the Sufi poet Mansour al-Hallaj who was executed in tenth century Baghdad on charges of heresy. The play was produced twice, both times after being refused a license by the state censor that led to threats of arrest of Alrawi by state security. The second produced play was called Al-Bayt al Mahgour (The Abandoned House). The production of the plays, despite being denied rehearsal and production licenses by the state censor, was a contributory cause to Alrawi's later arrest and interrogation.

Autobis al Intikhabat (The Election Bus), a satire on the Egyptian electoral system and Mudun Gha'iba (Absent Cities) about the destruction of Arab cities by war were two full-length plays that were to be produced with a cast of students from AUC. Alrawi and his actors were denied access to the Wallace theatre during the final days of rehearsals resulting in cancellation of the performances. 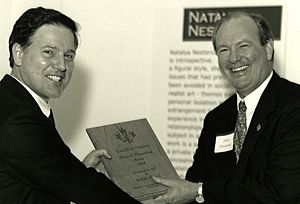 The Unbroken Heart a play based on the life of the blues singer Ethel Waters was first performed at the Fisher Theatre in Iowa before touring nationally. His plays for MBT included A Gift of Glory, about the Mexican artist Diego Rivera and the Ford family; Chagall's Arabian Nights, a story of Marc Chagall's painting of the Arabian Nights and Killing Time. He also wrote plays that toured local schools and ran theatre workshops for disadvantaged kids in South-East Michigan.

His play Sarajevo about the Bosnian war was given a workshop production at MBT and the Shenandoah Arts Theatre. The play Sugar Candy was given a staged reading at Mixed Blood Theatre in Minneapolis.

Patagonia a play about torture and resistance was first performed by Ruby Slippers Theatre in Vancouver, Canada. Across The Morne a play for two actors and dogs, set in Newfoundland, was given a staged reading at the Playwrights' Theatre Centre, Vancouver, Canada.

Deep Cut, a play set on the American Gulf Islands about cultural conflict and political and personal expediency, was staged at La MaMa ETC in New York as well as by Golden Thread Theatre in San Francisco and Washington, DC.

Alrawi has written two children's picture books: The Girl Who Lost Her Smile and The Mouse Who Saved Egypt.

The Girl Who Lost Her Smile was staged and performed as a children's play in the UK by Tutti Frutti Theatre and York Theatre Royal, and in the United States by Golden Thread Theatre.

The Mouse Who Saved Egypt was edited on a rooftop overlooking Tahrir Square in Cairo, during the Egyptian revolution.

Alrawi's novel Book of Sands, subtitled a novel of the Arab uprising, was published by HarperCollins in the Fall of 2015.

The novel won the inaugural HarperCollins Publishers Prize for Best New Fiction and was a Canadian Broadcasting Corporation Best Book of 2015.

Karim Alrawi has written for BBC radio and television, as well as for Channel 4 television in the UK.

All content from Kiddle encyclopedia articles (including the article images and facts) can be freely used under Attribution-ShareAlike license, unless stated otherwise. Cite this article:
Karim Alrawi Facts for Kids. Kiddle Encyclopedia.