Karl Landsteiner, (14 June 1868 – 26 June 1943) was an Austrian biologist, physician, and immunologist. He distinguished the main blood groups in 1900, having developed the modern system of classification of blood group in 1937, thus enabling physicians to transfuse blood without endangering the patient's life.

Based on his findings, the first successful blood transfusion was performed by Reuben Ottenberg at Mount Sinai Hospital in New York in 1907. With Constantin Levaditi and Erwin Popper, he discovered the polio virus in 1909. 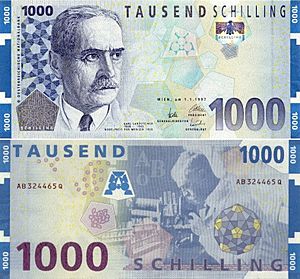 In today's blood transfusions only concentrates of red blood cells without serum are transmitted, which is of great importance in surgical practice. In 1930 Landsteiner was awarded the Nobel Prize in Physiology or Medicine in recognition of these achievements. For his pioneering work, he is recognized as the father of transfusion medicine. He received the Aronson Prize in 1926. He was posthumously awarded the Lasker Award in 1946.

All content from Kiddle encyclopedia articles (including the article images and facts) can be freely used under Attribution-ShareAlike license, unless stated otherwise. Cite this article:
Karl Landsteiner Facts for Kids. Kiddle Encyclopedia.