Charles Darwin is a famous biologist.

A biologist is a scientist who studies biology. Biologists study living organisms. There are many different kinds of biologists. Some of these include: 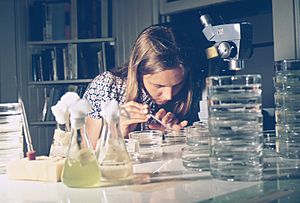 Most biological scientists specialize in the study of a certain type of organism or in a specific activity, although recent advances have blurred some traditional classifications. 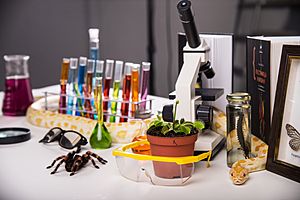 All content from Kiddle encyclopedia articles (including the article images and facts) can be freely used under Attribution-ShareAlike license, unless stated otherwise. Cite this article:
Biologist Facts for Kids. Kiddle Encyclopedia.