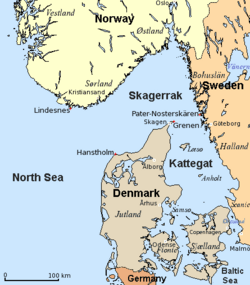 The Kattegat is a 30,000 km2 (12,000 sq mi) sea area bounded by the Jutlandic peninsula in the west, the Danish Straits islands of Denmark to the south and the provinces of Västergötland, Scania, Halland and Bohuslän in Sweden in the east. The Baltic Sea drains into the Kattegat through the Danish Straits.

The Kattegat is a rather shallow sea and can be very difficult and dangerous to navigate, due to the many sandy and stony reefs and tricky currents that often shift. In modern times, artificial seabed channels have been dug, many reefs have been dredged by either sand pumping or stone fishing, and a well-developed light signaling network has been installed, to safeguard the very heavy international traffic of this small sea.

There are several large cities and major ports in the Kattegat, including Gothenburg, Aarhus, Aalborg, Halmstad and Frederikshavn, mentioned by descending size. 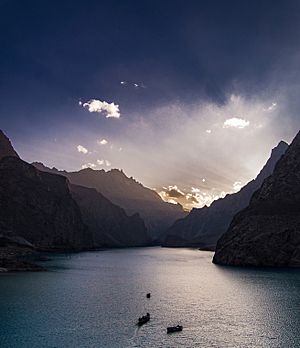 Control of the Kattegat, and access to it, have been important throughout the history of international seafaring. Until the completion of the Eider Canal in 1784, the Kattegat was the only sea route into and out of the Baltic region.

Beginning in 1429 in the Middle Ages, the Danish royal family – and later the state of Denmark – prospered greatly from the Sound dues, a toll charged for passage through the Øresund, while Copenhagen provided shelter, trade and repair opportunities and protection from piracy. The dues were eventually lifted in 1857.

The Kattegat was one of the first marine dead zones to be noted in the 1970s, when scientists began studying how intensive industrial activities affected the natural world. Denmark and the EU have initiated costly and far-reaching domestic projects in order to stop, repair and prevent these environmentally destructive and economically damaging processes, since the first Action Plan for the Aquatic Environment in 1985. 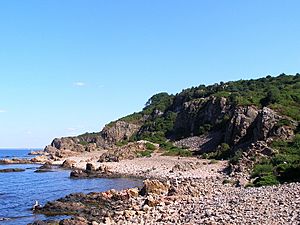 Due to the very heavy sea traffic and many large coastal settlements, the Kattegat has been designated as a Sulphur Emission Control Area as part of the Baltic Sea since 2006.

Several larger areas of the Kattegat are designated as Natura 2000 and under various bird protections such as the Ramsar Convention. The remaining larger shallow reefs, are among the protections, as they are important spawning and feeding grounds for fish and marine mammals and they support a thriving but threatened biodiversity.

All content from Kiddle encyclopedia articles (including the article images and facts) can be freely used under Attribution-ShareAlike license, unless stated otherwise. Cite this article:
Kattegat Facts for Kids. Kiddle Encyclopedia.