DuBrow also worked as a morning DJ for the Rock Station in Las Vegas, KOMP 92.3 on the morning show alongside longstanding host Craig Williams. 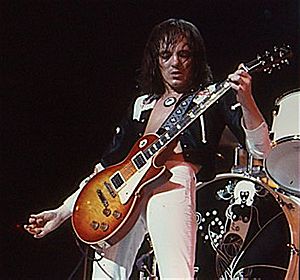 DuBrow grew up in Los Angeles, and eventually settled in the Los Angeles neighborhood of Van Nuys at age 13. DuBrow was raised Jewish and had the nickname "Butch" growing up. His younger brother is plastic surgeon and reality star Terry Dubrow.

At some time, he learned to play a 12-string guitar. His first band consisted of 11-year-olds who played only one gig, to an audience of senior citizens who were not particularly fond of rock music. 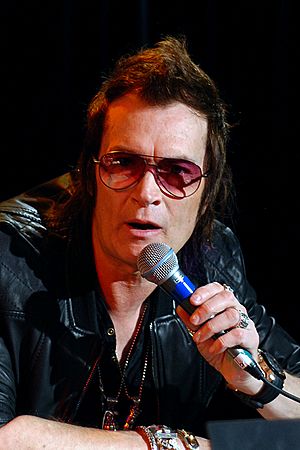 Glenn Hughes participated in the eulogy

By the time he was in his mid-teens he had developed an appreciation for a number of British rock acts. Singer Steve Marriott would leave the biggest impact on DuBrow and act as a compass in his musical career.

On November 25, 2007, Kevin DuBrow was found dead at his home in Las Vegas. Friends had been unable to contact DuBrow for a week and he failed to show up for Thanksgiving arrangements he had made for at a party hosted by his friend Glenn Hughes. According to Hughes, DuBrow had told him a few days before he was unable to be contacted that DuBrow wanted to make changes to his lifestyle.

DuBrow was buried at Pacific View Cemetery in Corona del Mar, California next to his stepfather Harold Mandell. A rabbi presided over his funeral service on November 30, 2007. Several of DuBrow's friends gave the eulogy: Frankie Banali, Ron Sobol, Glenn Hughes. The burial ceremony was a traditional one.

All content from Kiddle encyclopedia articles (including the article images and facts) can be freely used under Attribution-ShareAlike license, unless stated otherwise. Cite this article:
Kevin DuBrow Facts for Kids. Kiddle Encyclopedia.