King Louie is a fictional character introduced in Walt Disney's 1967 animated musical film, The Jungle Book. Unlike the majority of the adapted characters in the film, Louie was not featured in Rudyard Kipling's original works. King Louie was portrayed as an orangutan who was the leader of the other jungle primates, and who attempted to gain knowledge of fire from Mowgli, in order to become more human.

King Louie was voiced by Louis Prima in the original 1967 film. Christopher Walken voiced King Louie in the 2016 live-action/CGI The Jungle Book film. 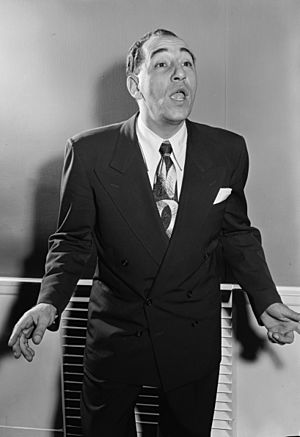 Although the Disney adaptation is based on the Kipling stories, the character King Louie does not appear in Rudyard Kipling's original book, as orangutans, the species as which he is portrayed, are not native to India in real life.

Popular jazz and swing performer Louis Prima was cast as King Louie. Prima received the audition in 1966, and the antics of him and his band during the audition performance inspired the animators. Personality was also given to Louie by Milt Kahl, Frank Thomas, and John Lounsbery, three of Disney's Nine Old Men who animated the character. Kahl animated Louie's interaction with Mowgli, Thomas his solo song and dance portions, while Lounsbery animated his memorable scat duet with a disguised Baloo. 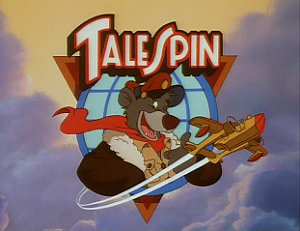 Louie is a fun-loving orangutan in this series

In the Disney animated television series TaleSpin, Louie is a fun-loving orangutan who wears a Hawaiian shirt, a straw hat, and a lei. He owns an island nightclub, restaurant and hotel called "Louie's Place", located near but outside the protection of the city of Cape Suzette. It also serves as a refueling station/pit stop area for pilots. Louie is Baloo's best friend, but sometimes can be competitive with him. 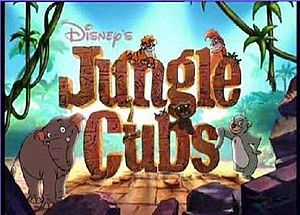 In Jungle Cubs Louise is a juvenile

In the Disney animated television series Jungle Cubs, Louie (voiced by Jason Marsden in Season 1, and Cree Summer in Season 2) is a juvenile orangutan and Baloo's best friend. He is very physically active, spending a great deal of his time in trees and eating bananas. Prince Louie (as he is referred to in the show) wants to become king of the jungle one day, and when any man-made objects turn up he immediately shows great interest.

A slightly different version of the character appeared in Disney's 1994 live-action film. Once again, he is an orangutan, and is the 'leader' of a group of monkeys that make their home in an abandoned human city. At first, he acts a rival to Mowgli, but later warms up to him after seeing him defeat Kaa. 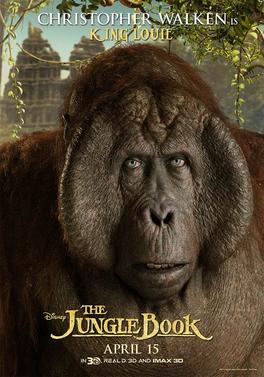 King Louie, in promotional material for The Jungle Book 2016

Louie would later on appear during the battle between Mowgli and Captain William Boone, as he is seen cheering for Mowgli. After Mowgli defeats Boone, Louie happily applauds Mowgli for a job well done.

Christopher Walken voiced King Louie in Disney's 2016 live-action film. He is portrayed far more sinister than the original. This version of Louie is a Gigantopithecus, an extinct species of great ape, because orangutans themselves are not native to India.

In the film, Louie offers Mowgli protection from Shere Khan in exchange for the secret of making fire, which he and his fellow Bandar-log plan to use to take over the jungle. While accommodating and friendly at first, Louie quickly becomes spiteful and impatient, refusing to believe Mowgli's protests that he does not know how to make fire.

All content from Kiddle encyclopedia articles (including the article images and facts) can be freely used under Attribution-ShareAlike license, unless stated otherwise. Cite this article:
King Louie Facts for Kids. Kiddle Encyclopedia.