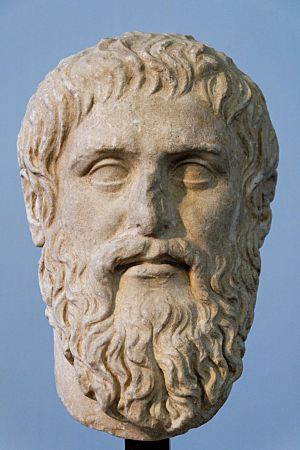 Plato was a philosopher during the Classical period in Ancient Greece, founder of the Platonist school of thought, and the Academy, the first institution of higher learning in the Western world

Knowledge is a familiarity, awareness, or understanding of someone or something, such as facts, information, descriptions, or skills, which is acquired through experience or education by perceiving, discovering, or learning.

Knowledge can refer to a theoretical or practical understanding of a subject. This was the point of Ryle's distinction between "knowing that" and "knowing how". In philosophy, the study of knowledge is called epistemology. The philosopher Plato defined knowledge as "justified true belief". This definition is the subject of the Gettier problems.

All knowledge is a claim to be true, but the claim can be incorrect, such as:

But actually, in the real world, not all swans are white.

The most widely accepted way to find reliable knowledge is the scientific method.

Major libraries today can have millions of books of knowledge (in addition to works of fiction). It is only recently that audio and video technology for recording knowledge have become available and the use of these still requires replay equipment and electricity. Verbal teaching and handing down of knowledge is limited to those who would have contact with the transmitter or someone who could interpret written work. 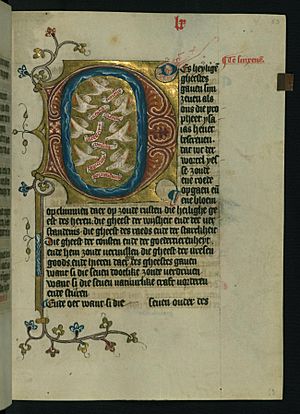 Writing is still the most available and most universal of all forms of recording and transmitting knowledge. It stands unchallenged as mankind's primary technology of knowledge transfer down through the ages and to all cultures and languages of the world.

Knowledge in religion is different in that it depends on faith, belief and the authority of religious leaders, not on evidence of a scientific or legal kind. There are differing views on whether religious statements should be regarded as knowledge.

In many expressions of Christianity, such as Catholicism and Anglicanism, knowledge is one of the seven gifts of the Holy Spirit. In the Garden of Eden knowledge is the factor that made humans greedy and treacherous. But in the Book of Proverbs it states: 'to be wise you must first obey the LORD' (9:10)

All content from Kiddle encyclopedia articles (including the article images and facts) can be freely used under Attribution-ShareAlike license, unless stated otherwise. Cite this article:
Knowledge Facts for Kids. Kiddle Encyclopedia.