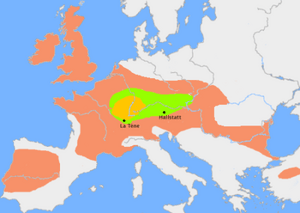 The Celts and the La Tène culture in Europe 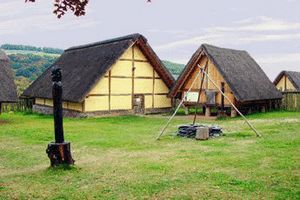 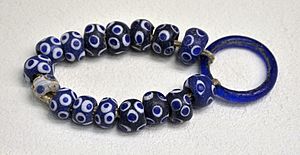 The La Tène culture existed from about 500 BC to about 100 AD. Named after a town in Switzerland near Neuchâtel, it was greatly influenced by the Roman and the Greek cultures. There are two sources for this:

All content from Kiddle encyclopedia articles (including the article images and facts) can be freely used under Attribution-ShareAlike license, unless stated otherwise. Cite this article:
La Tène culture Facts for Kids. Kiddle Encyclopedia.