The Lady Byng Memorial Trophy, originally known as the Lady Byng Trophy, is given each year to the National Hockey League "player adjudged to have exhibited the best type of sportsmanship and gentlemanly conduct combined with a high standard of playing ability". The Lady Byng Memorial Trophy has been awarded 84 times to 50 different players since it was first awarded in 1925. The voting is done at the end of the season by the members of the Professional Hockey Writers' Association. 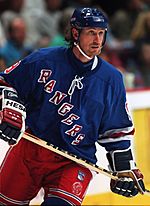 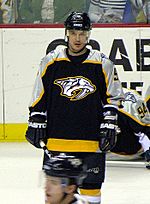 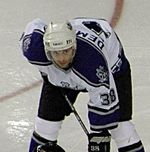 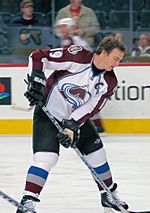 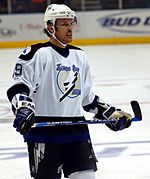 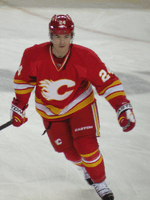 All content from Kiddle encyclopedia articles (including the article images and facts) can be freely used under Attribution-ShareAlike license, unless stated otherwise. Cite this article:
Lady Byng Memorial Trophy Facts for Kids. Kiddle Encyclopedia.