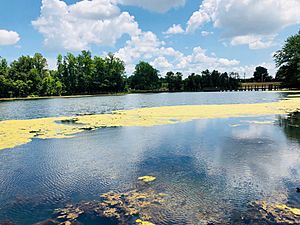 Lake Largo is located in Upper Marlboro's neighborhood of Largo.

Largo, located within greater Upper Marlboro, Maryland, is an unincorporated area and census-designated place in Prince George's County, Maryland, United States. The population was 11,605 at the 2020 census.

Largo is located just east of the Capital Beltway (I-95/495) and is home to Prince George's Community College and Largo High School. Six Flags America amusement park (formerly known as Wild World and Adventure World) is to the east in Woodmore, and FedExField, the Washington Commanders's stadium, is across the Capital Beltway in Summerfield. Watkins Regional Park in Kettering just to the east of Largo (operated by the Maryland-National Capital Park and Planning Commission) has an old-fashioned carousel, miniature train ride, miniature golf, the Old Maryland Farm, a playground, and animals on display. Largo is not a post office designation, but is at the northern end of the Greater Upper Marlboro ZIP code area.

Since the transit system's expansion in late 2004, Largo Town Center has served as the eastern end of the Blue and Silver Lines of the Washington Metro.

Largo was named after the Largo Plantation that was owned by the Beall family. The plantation is believed to be named after Largo Bay in Scotland. It was sold to John Contee in 1745.

According to the United States Census Bureau, the CDP has a total area of 3.0 square miles (7.8 km2), all of it land.

Largo is a part of the Prince George's County Public Schools. Residents are divided between Arrowhead, Kettering, and Lake Arbor elementary schools. Most areas are zoned to Kettering Middle School while some are zoned to Ernest Everett Just Middle School. All areas in Largo are zoned to Largo High School.

The community is also home to Prince George's Community College, serving a county population of 850,000 residents.

Largo is served by the Largo-Kettering Branch of the Prince George's County Memorial Library System (PGCMLS) and is the headquarters location for PGCMLS. The library headquarters, previously adjacent to the Hyattsville Branch, moved to Largo in 2015. 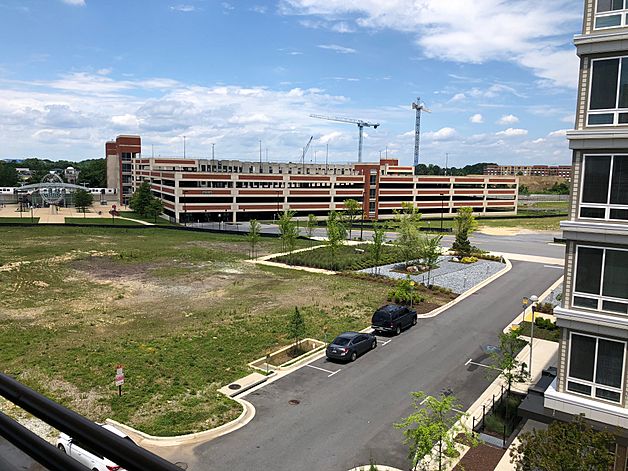 All content from Kiddle encyclopedia articles (including the article images and facts) can be freely used under Attribution-ShareAlike license, unless stated otherwise. Cite this article:
Largo, Maryland Facts for Kids. Kiddle Encyclopedia.