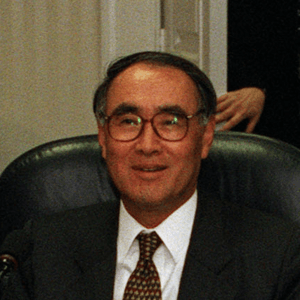 Lee Hong-Koo (born May 9, 1934; Hangul: 이홍구; Hanja: 李洪九) is a former Korean academic and politician. He served as a former Prime Minister of the Republic of Korea, former South Korean Ambassador to the United Kingdom and United States, and founding Chairman of the East Asia Institute in Seoul.

All content from Kiddle encyclopedia articles (including the article images and facts) can be freely used under Attribution-ShareAlike license, unless stated otherwise. Cite this article:
Lee Hong-koo Facts for Kids. Kiddle Encyclopedia.