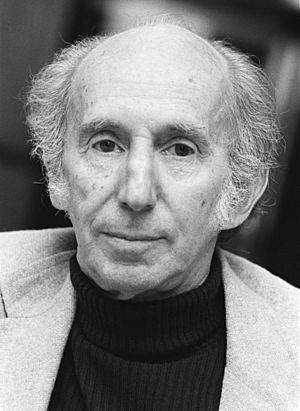 Vroman was born in Gouda. He studied biology at Utrecht University. When the Nazis occupied the Netherlands on May 10, 1940, he went to London.

After the war, Vroman went to New York. There he worked as a hematology researcher. He has been an American citizen since 1951.

All content from Kiddle encyclopedia articles (including the article images and facts) can be freely used under Attribution-ShareAlike license, unless stated otherwise. Cite this article:
Leo Vroman Facts for Kids. Kiddle Encyclopedia.