Kids Encyclopedia Facts
This page is about the third level of government division in Australia. For the first level, see Australian Government. For the second level, see States and territories of Australia.

The Australian local government is generally run by a council, and its territory of public administration is referred to generically by the Australian Bureau of Statistics as the local government area or LGA, each of which encompasses multiple suburbs or localities often of different postcodes; however, stylized terms such as "city", "borough" and "shire" also have a geographic or historical interpretation. The council board members are generally known as councillors, and the head councillor is called the mayor. As of August 2016, there were 547 local councils in Australia.

Despite the single tier of local governance in Australia, there are a number of extensive regions with relatively low populations that are not a part of any established LGA. Powers of local governments in these unincorporated areas may be exercised by special-purpose governing bodies established outside of the local legislation, as with Victoria's alpine resorts; or directly administered by state/territory governments, such as the entirety of the Australian Capital Territory. The administrative area covered by local government councils in Australia ranges from as small as 1.5 km2 (0.58 sq mi) for the Shire of Peppermint Grove in metropolitan Perth, to as big as 380,000 km2 (150,000 sq mi) for the Shire of East Pilbara in Western Australia's Pilbara region, which covers a geographical area larger than Germany or Japan.

The remaining territories are not divided into territory and local government.

State-based departments oversee local councils and may intervene in their affairs, subject to acting in accordance with the relative legislation.

The first official local government in Australia was the Perth Town Trust, established in 1838, only three years after British settlement. The Adelaide Corporation followed, created by the province of South Australia in October 1840. The City of Melbourne and the Sydney Corporation followed, both in 1842. All of these early forms failed; it was not until the 1860s and 1870s that the various colonies established widespread stable forms of local government, mainly for the purpose of raising money to build roads in rural and outer-urban regions. Council representatives attended conventions before Federation, however local government was unquestionably regarded as outside the Constitutional realm.

In the 1970s, the Whitlam Government expanded the level of funding to local governments in Australia beyond grants for road construction. General purpose grants become available for the first time.

Significant reforms took place in the 1980s and 1990s in which state governments used metrics and efficiency analysis developed within the private sector in the local government arena. Each state conducted an inquiry into the benefits of council amalgamations during the 1990s. In the early 1990s, Victoria saw the number of local councils reduced from 210 to 78. South Australia, Tasmania and Queensland saw some reductions in the number of local governments while Western Australia and New South Wales rejected compulsory mergers. New South Wales eventually forced the merging of some councils. The main purpose of amalgamating councils was for greater efficiency and to improve operations, but forced amalgamation of councils is sometimes seen as a dilution of representative democracy.

An increase in the range of services offered by councils, but only minor cost savings of less than 10% have been noted by academics as outcomes after mergers. The council mergers have resulted in widespread job losses and lingering resentment from some whose roles have experienced a larger workload.

The growth of the Regional Organisations of Councils has also been a factor in local government reform in Australia. In 1995, there were 50 such agreements across the country. A 2002 study identified 55 ROCs with the largest involving 18 councils. 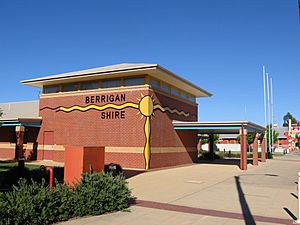 Although they are all essentially identical in function, Australian local governments have a variety of names. The term "local government area" is used to refer collectively to all local governments regardless of status, whilst the local governing body itself is generally known as a council. Today, the styles "borough", "city", "district", "municipality", "region", "shire", "town", "community government", "Aboriginal shire" and "Island" are used in addition to areas/councils without a specific style.

Sometimes words other than "City" or "Shire" will be used in the names of LGAs. The word "Municipality" occurs in some states: in New South Wales, it is typically used for older urban areas and the word is also used for several rural towns in South Australia. Some rural areas in South Australia are known as "District Councils", while larger rural towns and small metropolitan centres in Queensland and Western Australia simply use the term "Town". New South Wales and Queensland have introduced a new term, "Region", for LGAs formed by the amalgamation of smaller shires and rural cities. Historically, the word "Borough" was common for small towns and metropolitan areas in Victoria, but only the Borough of Queenscliffe remains. In New South Wales, where the Local Government Act does not require a designation, some local governments are legally known simply as "Councils", such as Port Macquarie-Hastings Council, Inner West Council, or Federation Council. All the LGAs in Tasmania that were previously 'Municipalities' have been renamed 'Councils.'

Almost all local councils have the same administrative functions and similar political structures, regardless of their naming, and retain a particular designation ("Shire", "Borough", "Town", "City") for historical reasons only. They will typically have an elected council and usually a mayor or shire president responsible for chairing meetings of the council. In some councils, the mayor is a directly elected figure, but in most cases the mayor is elected by their fellow councillors from among their own number. The powers of mayors vary as well. In some states such as Queensland, the mayors have broad executive functions, whereas in New South Wales mayors are essentially ceremonial figureheads who can only exercise power at the discretion of the council.

Most of the capital city LGAs administer only the central business districts and nearby central suburbs. A notable exception is the City of Brisbane, the most populous LGA in the country, which administers a significant part of the Brisbane metropolitan area. In most cases, when a city's population statistics are used, it is the statistical division population rather than the local government area. 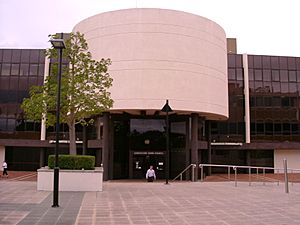 Offices of the Caboolture Shire Council in Caboolture, Queensland

All local governments are approximately equal in their theoretical powers, although LGAs that encompass large cities such as Brisbane and the Gold Coast command more resources due to their larger population base. Unlike local governments in many other countries, services such as police, fire protection and schools are provided by state or territory government rather than by local councils.

The councils' chief responsibility in the first half of the 20th century was the provision of physical infrastructure such as roads, bridges and sewerage. From the 1970s the emphasis changed to community facilities such as libraries and parks, maintenance of local roads, town planning and development approvals, and local services such as waste disposal. Child care, tourism and urban renewal were also beginning to be part of local governments' role. These are financed by collection of local land taxes known as "rates," and grants from the state and Commonwealth governments. They are caricatured as being concerned only with the "three Rs": Rates, Roads and Rubbish.

However, the roles of local government areas in Australia have recently expanded as higher levels of government have devolved activities to the third tier. Examples include the provision of community health services, regional airports and pollution control as well as community safety and accessible transport. The changes in services has been described as a shift from 'services to property' towards 'services to people'. Community expectations of local government in Australia has risen in the 21st century partly as a result of wider participation in decision making and transparent management practices.

Recent years have seen some State governments devolving additional powers onto LGAs. In Queensland and Western Australia LGAs have been granted the power to independently enact their own local subsidiary legislation, in contrast to the previous system of by-laws. Councils also have organised their own representative structures such as Local Government Associations and Regional Organisations of Councils.

All content from Kiddle encyclopedia articles (including the article images and facts) can be freely used under Attribution-ShareAlike license, unless stated otherwise. Cite this article:
Local government in Australia Facts for Kids. Kiddle Encyclopedia.